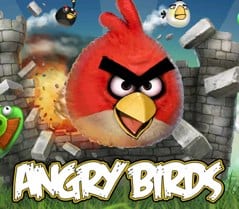 I have no idea what that game is all about. I just like the title about now.

I think most of you can understand the turmoil of calendar, responsibilities, and personal life travels and such that an impending surgery entails. Just coming to the final decision to do the deed (elective, but unavoidable as it is) is gut-wrenching.

But one, in the end, having no other recourse, comes to terms and accepts the weeks of discomfort, disability and disruption and builds an imagined life pace and schedule around it.

Until the coverage is changed. And then, until the date is changed. AGAIN. I am as angry and frustrated as I have ever been, knowing it is not my health that dictates the where-when and who of its care. I am merely a malleable and powerless statistic of profitability for The Corporation, and so I must bow and kowtow and genuflect and jump when they say co-pay and say yassah to their People, and hope that the actual care-givers on the ground still have some of that left to give away.

According to the call this morning, my finally-firm March 15 surgery date only sticks if we pick up the tab. THEIR facility can do it on April 1 and we pay less. How many thousands less I am trying to ascertain. So we can pay now, or we can pay later. And we all pay far too much for the damage to our mental health in a simple effort to take best possible (or best available in your carrier’s coverage area) care of this frail pot of clay we live in.