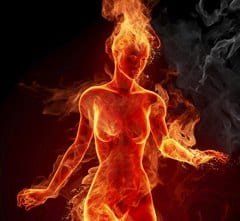 I had a flashback the other day. I was carried back to the month I spent on clinical rotation with the burn unit in a University of Alabama Medical Center hospital as a physical therapy student. Thankfully, I don’t remember a lot of specifics, but do recall this one pitiful black women whose boyfriend left her, so she set herself on fire.

Her burns were extensive and she suffered them–and the pain associated with trying to move her and dress her wounds (most of her body: everything but her head, neck and perineum)–poorly and at high volume.

I can’t imagine the cost of the cultured skin that arrived one day from a far-off specialty lab with great fanfare. My recollection was that the color match was not even close. It was criss-crossed with slits, mesh-stocking fashion, so that a four-square-inch piece could be spread to cover twice that or more.

I left that rotation long before it was apparent if the graft would take. If it did, it would be the first of scores she would require: she was burned over 80% of her body, and it was an ample one at that.

What lead me back to those memories of the smell of Silvadene and antiseptic was the description of the amazingly effective “spray gun” that paints a coating of harvested skin (stem?) cells on a burn.

Watch the video. I’m thinking somewhere in the top traumas among our cannon-fodder forces in many violent places are burns, along with traumatic brain and internal organ concussion injury, amputation, and PTSD.

If this method is perfected and gains wide use, think of the aggregate future pain, suffering and disfigurement it could prevent.