Hope, like faith and belief, lies in the “heart” of the hopeful. It has no volume, no mass, no chemical signature. It looks beyond what is seen towards that which can only become visible through trust in those things that cannot be grasped with the senses. 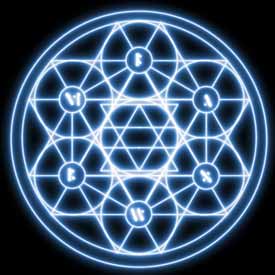 And so I try not to let my science-steeped skepticism overwhelm the notion that some things we can’t explain could possibly be as real as those that can be reduced to equations, formulae and measurement.

I especially withhold judgment when learning of these hoped-for things from those who expect to partake in the object of that hope through healing or success or good fortune, however faintÂ and groundless their hopeÂ might seem to me at first blush.

I come to this topic having had conversations twice in as many weeks where the person across from me has held up for my edification objects of great promise, should the claims made about them turn out to be verified and confirmed by some significant number of afflicted people, and alternative explanations ruled out in some objective way.

So I will leave these two items for your consideration, in case, as they were for me, unfamiliar promises from the pantheon of Hopeful Things.

â–ºÂ Ormus (or ORMEs (Orbitally Rearranged Monoatomic Elements) are said to be a kind of mineral with wide-ranging healing properties including for cancer and AIDS.

â–ºÂ Rife Machine: A non-approved device that purports to be able to cure a wide swath of diseases by destructive frequency resonance with pathogenic bacteria.

On hearing about these things, my mind falls back to what I know of basic chemistry and biology. Could I be wrong or ignorant of some details in these vast areas? Certainly.

Could it be possible that the American Medical Association (in collusion with the scientific community at large) has methodically squashed miracle inventions that would put modern western health care of business forever? Could science as it’s practiced actually blind us to a world beyond our senses and past experience?

A healthy skepticism is a good counterweight to potentially unhealthy hope, even while “there are greater things, Horatio, than exist in men’s philosophies.” Or health care. Or science.

We are still learning, all of us.