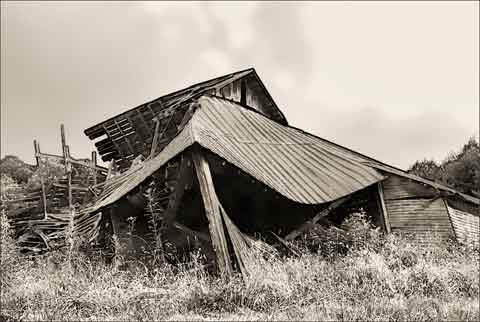 Now that I’ve lost you with the very title, let me say as little as possible so as to move onto other things.

I’ve been interested–and concerned–about the fragility of our way of life that, like it or not, has come to depend on the interwebs for commerce, finance, communications, strategic defense and essentially every aspect of life in the more advanced parts of the world.

The latest buzz is on the legitimate need for increased cybersecurity with a long list of corporate and governmental and utility hacks gaining entry (and stealing data and leaving behind various minor to major malicious bugs) that probably has impacted one or more of you-whether you know it yet or not.

But if increased cyber-security is all we focus on, the future of e-commerce, banking, all the rest of it: is crusin’ for a bruisin’.

Our existing rickety and incompetent digital infrastructure has its physical counterparts in the rotting bridges, foundations, water mains and power grids of the nation.Â  And we have continued to pile quick fixes for new major system functions on top of ancient code foundations and patches that will not forever support what is being placed on top of them.

When the wind blows, the cradle will fall. Last week’s simultaneous “hardware glitch” that variously impacted United Air,Â WSJÂ  and the NYSE seemed too much to be a coincidence. But it was. Probably. And if it was, it paints a disturbing picture of our nearsighted construction of a digital skyscraper on top of a chicken coup.

Not to draw the threat of cyber-attack with too fine a brush–take a look at the Norse Attack Map (which they say only shows about 0.01% of the actual exchange.

Computer glitches struck the stock market and United Airlines on the same day. Here’s why you didn’t believe it was a coincidence. – The Washington Post