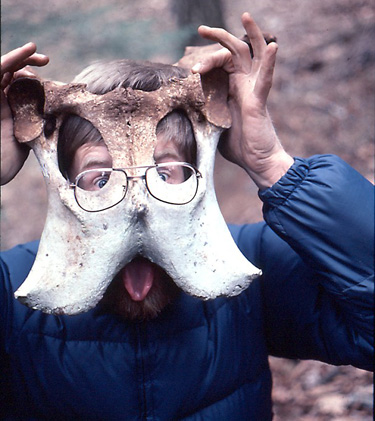 1. A child with an awful name might grow up to be a relatively normal adult.
2. The parent who inflicted the name does not deserve to be executed.

J. Marion Tierney (a middle name he uses only for the purpose of this article in NYT) finds both presumptions of the Boy Named Sue theory are probably, overall, true.

But about both premises, I have my doubts. My name is and always has been Fred First.

Had my father’s mother not divorced his biological father and married the man my brother and I referred to unfondly as “the grandfather” I would have been Frederick B. Strickland, and the CEO of a major corporation somewhere. But Fred First? Could a person with such a name be taken seriously any more than a Donald Duck, Mickey Mouse or, say, Fred Flintstone?

The alliteration was bad enough, with the Fs and all, but dear me–Fred: the low-brow vulgar derivative of the more portentous Frederick; a name that for some reason in our culture is frivolous and dismissive. You probably don’t remember J Fred Muggs–a chimp; or Freddie Freeloader, a Red Skelton hobo persona. I do. I was called both.

I tried briefly using my middle name in high school. But it didn’t take long for Blair First to be mutated into Blair Fourth, so a Fred by any other name…

But here’s where I question Cash’s implied proposition #2: the culpability of my parents. It’s bad enough to have heard every possible permutation of pun about how I’m never last, and ala Abbott and Costello, who’s on First.

But what were they thinking? The lesser known fact (and thank goodness for that) is that I’m a junior, the second in the series: Fred B. First the Second. Discovered, that’s always good for a few more warmed-over chuckles.

Parents have done some truly awful things to their children on their birth certificates, and yet kids like Ima Muskrat and Candy Stohr have gone on to become fine, upstanding, and reasonably normal citizens, the stronger for having had to dismiss the playground barbs and snickers.

We have some doozies for kids born here in Floyd, what with our alter-native population–trending toward the earthy/zodiacal side of things. Willing to share the strangest ones you’ve run across? I remember Charlie Pancake from high school–the only person lower than me on the name totem-pole.

Image: InYurFace…from a “rites of spring” outing who knows where, but just about this time of year at the time of the Vernal Equinox, a regular howling at the moon my friend Ed and I never missed. And yeah, that’s me behind the cow pelvis mask, oh, 1972-ish. You see what having such an odd name does to a fella? I rest my case.