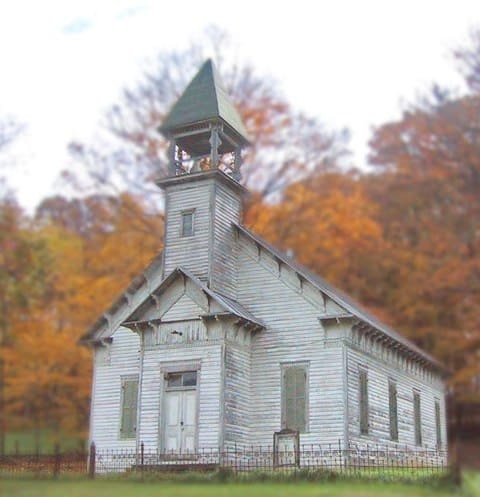 I did not take this image. Someone–a blog reader from long ago–sent it to me. The snapshot was underexposed, lacked saturation and depth. I could not resist tweaking it to bring out those qualities in Photoshop.

The person who sent it had labeled it Mt. Carmel Church. I don’t even remember what state. My recollection is that it was taken on a motorcycle trip in the rural parts of either Virginia or North Carolina.

Does anybody have a location for this handsome old structure? The grounds have been attended or there would be vines and trees overtaking it. The windows are shuttered and the walls unpainted for some while. But the windows over the doors appear intact. Maybe it is still in use, after all?

Someone who knows their architecture could probably date this within a couple of decades.