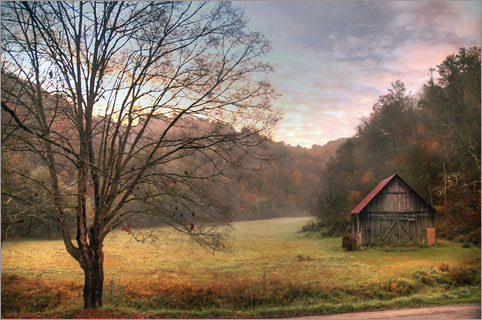 Even with the late spring frosts, and even possibly because of the dry summer we’ve had overall, some are saying it will be a good fall forest color season. And it is happening fast! Our maple, seen here 11 months ago, has by the end of October lost almost all its leaves, while today, they hold fast, brown-tipped from frostbite in May, but coloring up nicely.

The Blue Ridge Parkway visitors are already finding their way off the high road into Floyd, Galax, and Roanoke–and other reasonably convenient places for gas, lodging and food.

With the seasons so oddly off this year, rather than the 2nd and 3rd weeks of October for peak, it just might be a bit later this year. But then, I’d best consult the local woolybears about that first.