David and Goliath: Bees in the Balance

fred Posted on May 27, 2008 Posted in nature, PhotoImage 4 Comments 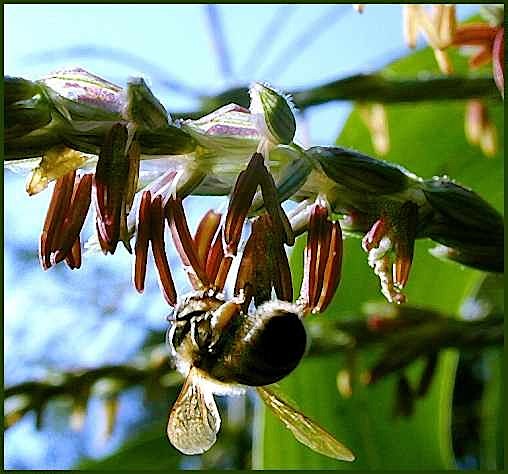 Germany has banned a family of pesticides that are blamed for the deaths of millions of honeybees. The German Federal Office of Consumer Protection and Food Safety (BVL) has suspended the registration for eight pesticide seed treatment products used in rapeseed oil and sweetcorn.

The move follows reports from German beekeepers in the Baden-WÃ¼rttemberg region that two thirds of their bees died earlier this month following the application of a pesticide called clothianidin. link

This insecticide is a neonicitinoid previously implicated in bee die-offs and suspected as part of the Colony Collapse mystery.

Philipp Mimkes, spokesman for the German-based Coalition Against Bayer Dangers, said: “We have been pointing out the risks of neonicotinoids for almost 10 years now. This proves without a doubt that the chemicals can come into contact with bees and kill them. These pesticides shouldn’t be on the market.”

And this from the New York Times…

Chris Mullin, a Pennsylvania State University professor and insect toxicologist, recently sent a set of samples to a federal laboratory in Raleigh, N.C., that will screen for 117 chemicals. Of greatest interest are the “systemic” chemicals that are able to pass through a plant’s circulatory system and move to the new leaves or the flowers, where they would come in contact with bees.

One such group of compounds is called neonicotinoids, commonly used pesticides that are used to treat corn and other seeds against pests. One of the neonicotinoids, imidacloprid, is commonly used in Europe and the United States to treat seeds, to protect residential foundations against termites and to help keep golf courses and home lawns green.

And so will it come to a showdown between l’il David, the desperate beekeepers fighting for their livelihoods, versus Goliath, the giant AgroChemical industry (Bayer and others)? Given the odds, who do you pick to win? And will the playing field be leveled in the years to come as we evolve beyond the “bigger chemical hammer” approach in our relationship with nature?

(This image from our garden in 2003. I haven’t seen honeybees on the corn since then.)

4 Comments on “David and Goliath: Bees in the Balance”