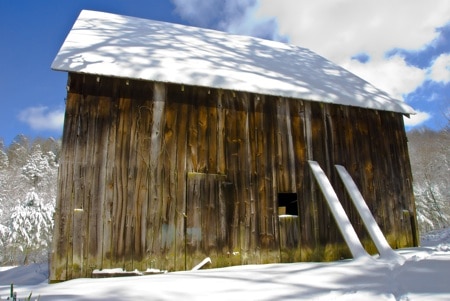 Saving daylight is hard work the first week, that, and springtime sinking in suddenly too and I’m out of joint.

Waking when the clock says yes the body says absolutely not.

Last week when it was 4 degrees outside and 58 inside when when we woke up, it was copesetic after the house warmed by breakfast time to a comfy 68. The same cold cereal today is torture after a mild night outdoors, without a fire in the wood stove. The identical 68 degrees in here feels bone-chillingly miserable.

More daylight leaves fewer excuses for not getting the dregs of winter cleared away from the yard, the shed, the barn, the garden to make room for spring.

But none of winter’s obligations wane right away so that at least during these weeks of transition, I feel the double shift of two seasons, a foot in each, one in a fluffy slipper, the other with bare toes.