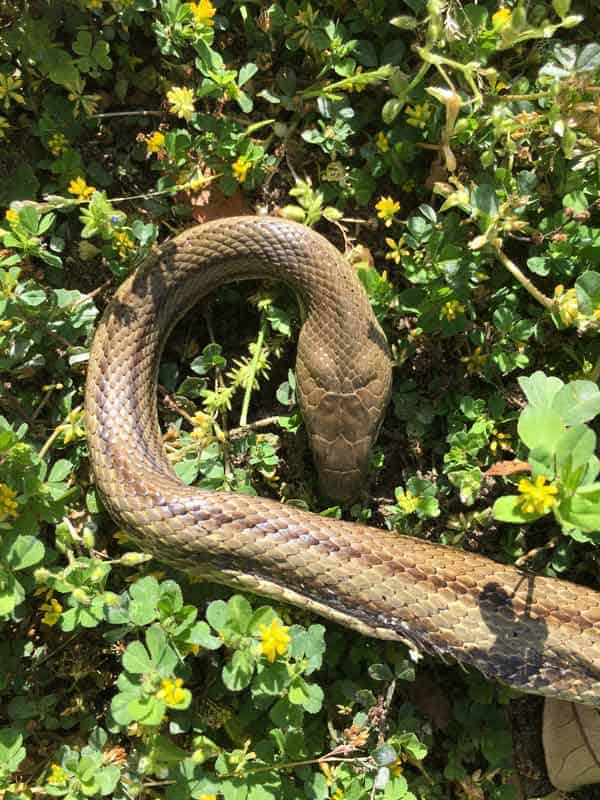 Regrettably, we have a long distance relationship with our grand daughters. Looking back a couple of decades from now, their memories of their mother’s parents will be sporadic visits to Goose Creek or on their home turf for a long weekend now and then.

But I suppose they will have some solid recollection of the things we paid attention to: clouds, birds, flowers, and anything living.

So when Ann and Taryn came across this roadkill on their coastal Carolina neighborhood walk last weekend, the 10-yr-old immediately said “Let’s go back and get Dumpa!” And they did. And we all walked six blocks back to the dead snake.

“Can I touch it?” she asked, needing permission from the nature-outdoors “authority” in her life, now and again.

From all such interactions over the years, the grands at least know that things have names; they have stories; and they have value in the grand scheme of things. And they maybe will keep their eyes open to details that some children don’t care to attend to or see and just don’t have the curiosity to care about.

The snake, by the way, stumped me. It had the head of a rat snake, but until seeing this “yellowish rat snake” (Elaphe obsoleta) I did not know that any had longitudinal stripes. Now I know. Thanks Taryn, for teaching the old dog a new trick.