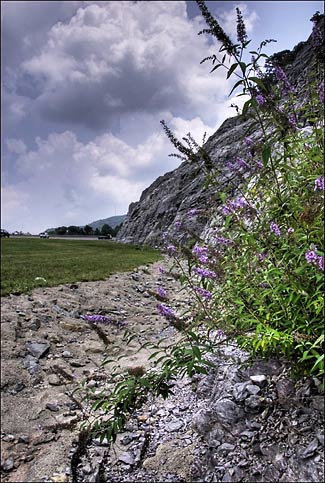 So I am home now and full of literary bile, beatitude and bloviation. This morning, instead of writing about the Hindman week as I had intended, I whipped out a kind of fictional rant, and had (have?) full intentions of submitting this on Thursday for the following week’s Road Less Traveled column in the Floyd Press.

My wife, to whom I mistakenly read the first draft (why do I keep doing that!?) thought it would cause a War of the Worlds panic to publish it as I originally wrote it. Consequently, I have considered–only considered, mind you– severely weakening the intended “it’s happening in your backyard” threat that the naive reader might hopefully experience. I may add a just-funnin’ ya disclaimer up front. Another editor to whom I emailed it a while ago responds saying that, while he likes it, he doesn’t think the typical reader will get it–or care.

I say if they are so gullible as to think it is a real news story even when the full truth is told plainly before the article ends and if they are so sheltered they have not already heard the details of the problem, a pox on ’em. Let them be become curious or outraged and therefore involved.

And mostly, let them imagine how real this problem of mountaintop removal is for folks just like them only a few counties away. There’s no urgency for solutions if we’re not convinced there’s a problem, unless we’re made to see that WE are either source or victim of it. I think I’ll post the piece here on Monday. Maybe you can help me decide what to do with it.

The image above from an amazing three-hundred foot high road cut (with wild butterfly bush) near the VA-KY border on Route 23. I stopped and could not leave in the presence of such great age layered before me. There in the deepest layer of time were seashells. I had me then and there on the side of the road a Gurney Norman cosmic convergence moment–Gurney being the “human whirlwind” and ruling patriarch of Hindman. I only wish I’d met this man thirty years ago. I think we understand each other.

It is enough, I suppose, to have passed the bottle around while singing the old mountain favorites with him and Kate Long and others on Tuesday night. Maybe I’ll report more of my personal harmonic epiphany from the road cut sometime, but I’m more inclined to start moving away from a public journal–that is by necessity, brief, guardedly personal and superficial–and more toward expansive, honest and private writing. We’ll see where the sediments settle.