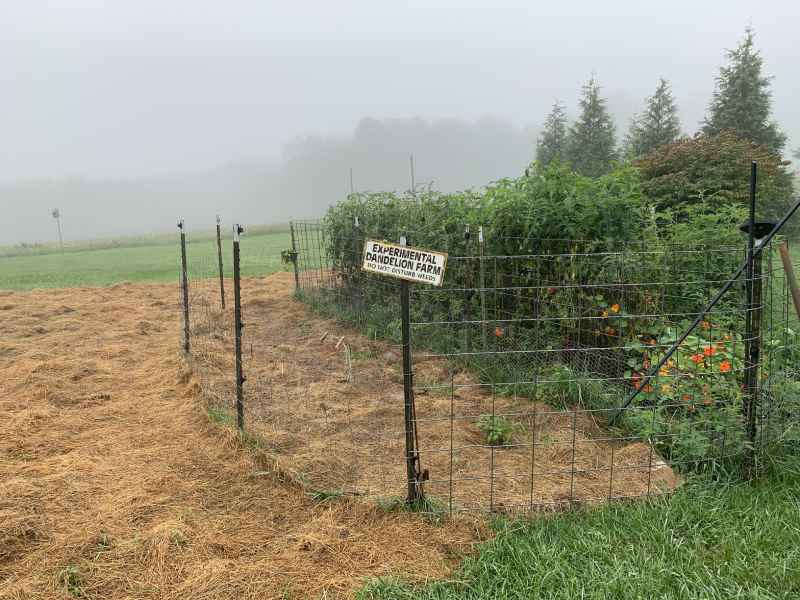 Ah yes. Now I remember. Life in the cloud.

It was mysterious and eerie and the relentless fog lent a kind of drama to the aloneness that first year in Floyd County living, just me and the cat, on Walnut Knob, just off the Blue Ridge Parkway.

I especially remember the disembodied language of a flock of Ravens roosting in the invisible trees a few hundred feet into the milky distance. This morning, it is the crows, in the same opaque beyond that ear can cross but eye cannot.

This is the first of its kind since moving here ten weeks ago from a valley cleft where fog “up top” was a surprise as we reached the pavement less than 2 miles but more than 500 feet above the creeks where we lived.

We’ve had fog other mornings here, but this one has drenched everything on the porch all around.

It is as if the entire outside world has been silently powerwashed by a superwet aerosol that reaches anywhere there is air. Everything still remaining from the move that had not found place inside is now very wet, outside. This includes stuff we had felt certain would stay dry under the porch roof.

This, and the coming of the Winds, we must prepare for, plus those vagaries of nature we can only know by surviving them this first year.

We now have a place to put coffee grounds, apple peels, corn shucks and such that, regrettably, we have been sending to the landfill until now. I took three more-or-less equal sized pallets and wired them together to form three sides of a cubicle to contain vegetable scraps and yard waste plus topsoil, browns and greens laid down towards next years REAL garden.

This year’s pitiful little space is making us ‘maters, in a fraction of what next year’s first real effort will encompass. We’ve mulched the full intended dimensions ()24′ x 32’) with hay from a busted bale over against the edge of the pasture.

And little by little, we’re learning to live here.

2 thoughts on “Life in The Cloud”