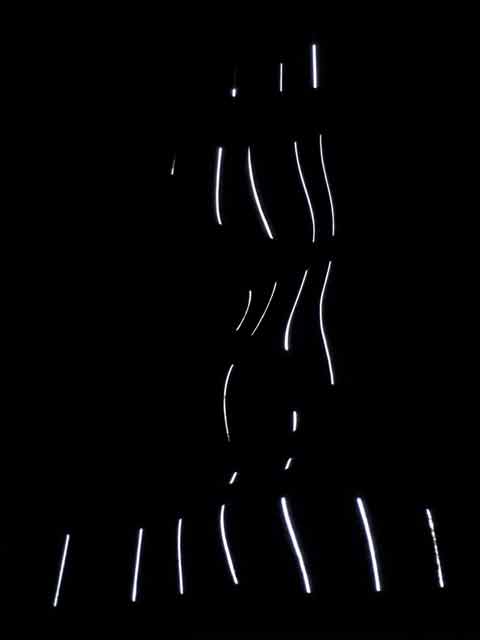 I think I’ll just leave it at that–a figure of speech not signifying any inner state but only a description of a pattern of light and dark.

I will tell you that I was sitting on a hay bale when I took this shot, and that the original lines were boringly parallel.

Distortion applied from that same hay bale by the IOS app, Enlight.

I’ll likely have a few more “shots taken while bored” over the course of the week.