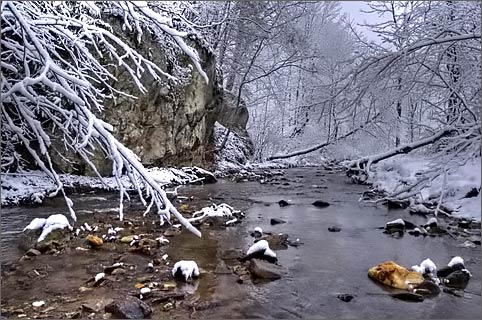 The pattern so far is for yet another icy winter, with the snow line creeping a little further north each year as the climate changes. So there will be no White Christmas on Goose Creek this year. Ah well.

Even so, I’ve been trying to get in a snow state of mind, what with it now being officially winter.

This shot came from a surprise March snow almost three years ago after the frozen creek had melted and the trees hung like embroidered lacery along Goose Creek.