Refugium:Â an area where conditions have enabled a species or a community of species to survive after extinction in surrounding areas.Â An area in which a population of organisms can survive through a period of unfavorable conditions;Â Â an area of relatively unaltered climate that is inhabited by plants and animals during a period of continental climatic change (as a glaciation) and remains as a center of relict forms from which a new dispersion and speciation may take place after climatic readjustment.

As a few of you know, we traveled again, far south–perhaps for the last time, as the passing of the patriarch and his interment there this month marks the likely end of a geographical chapter in our lives. 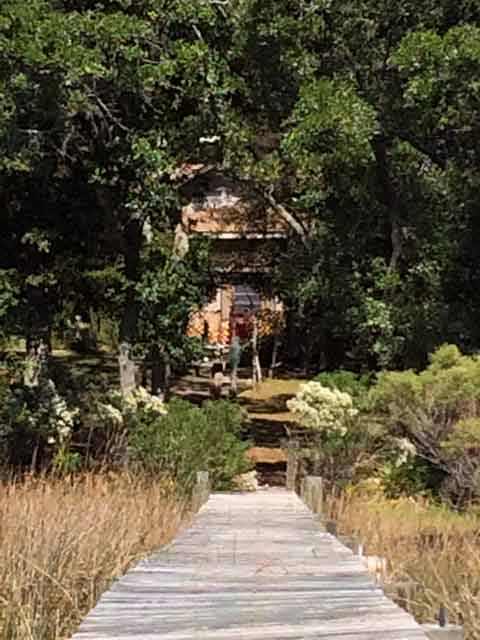 The Mississippi gulf coast was part of our growing up as young marrieds, then with small children who fished from the pier. Â Out the back door, we wandered hundreds of unmanaged acres along the bayou within easy sight of the runway at Keesler Air Force Base, and crossedÂ the quiet road to huntÂ squirrels or “buttercups” or bog buttons or swamp rabbits, mucking up overÂ our ankles in tea-coloredÂ water and black mud. 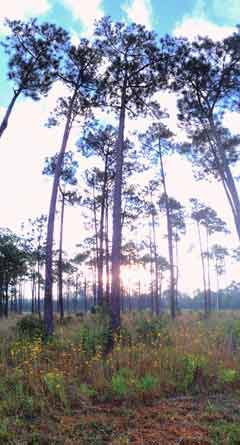 And so, in a similar way to seeing for the first time after longÂ absence a good friend, things are the same, but different. Mostly different with this once-familiar quiet bay enclave, which has been encroached on all sides by “progress” of one kind or another.

There is very little left of the once-common estuarine mudflats along whose marginsÂ we gigged flounder by johnboat at night and threw the net for “sardines” or shrimp. The MacMansions have invaded on all sides, and a family holdout where we gathered recently is all that remains of the way things were, tucked back in what live oaks Katrina left there.

Behind our Marriott, a ten acre strip of more-or-less natural pine pocosin hosted hundreds of pitcher plants that were as welcome to see again as old classmates. Â I dropped to my knees to greet them. They will not last long, there in sight of Interstate 10. The bulldozers were already leveling the adjacent acreage for yet another toss-up motel or strip mall.

And so, from that remnant of old bay life, human and other, we returned at last to Floyd County, thenÂ down the slow road to Goose Creek–to our refugium: an enclave in the eddie of time where glacial change presses in from all sides.

We will remain in our refugium, our storm home,Â as long as we can before others Â will come to belong here–relict forms from which, perhaps a new dispersion might take place on the other side ofÂ a cultural readjustment not far ahead.