The Answer is Blowing in the Wind 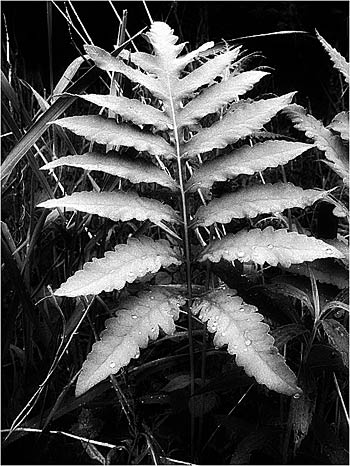 It was exactly the kind of morning I dread: no traction, no resolution in sight, damned if I do or if I don’t. The issue, to upgrade my internet security / antivirus software (PC-Cillin 2007) before the deadline a week off–to suffer the ills I know, or change to something else entirely. The pros just about exactly equaled the cons, and I could not for the life of me decide.But in the end, given the bad consumer reviews of my current program, I decided for a change despite the negatives–like the fact that I have to buy separate licenses for laptop and desktop. But wait: there’s a competitive upgrade, $25 off. All I do is send in my original install disk of PC-Cillin 2005. Hmmm. Now where have I seen that lately?

But it wasn’t in any of the obvious places, and yet I had a clear image of it in my mind. Where the heck could I put my hands on it, now that I had committed to Kaspersky Internet Security 6?

Aha! I remembered: it’s tied out on the garden fence, one of a dozen sparkling, twirling CDs blowing in the morning breeze, software defense turned gardening offense.

I think they’ll take it for the rebate, even though it has a little hole drilled in it for the fishing line. Ya think?

Image: Sensitive Fern, Onoclea sensibilis, so named for its susceptibility to the first frost of fall, and somewhat unusual in that its pinnae are lobed lightly but not dissected like the more lacy ferns. I think the term is “once-pinnately divided”.

6 Comments on “The Answer is Blowing in the Wind”