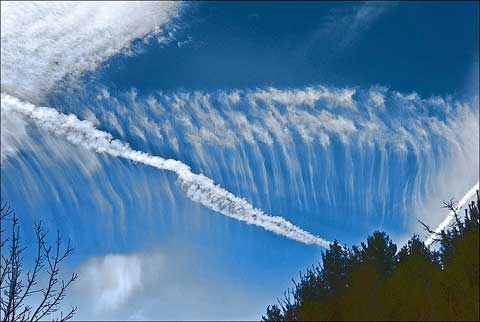 We were talking the other day about dog breeds and their temperaments. WeÂ  remembered that we had tried and failed to own a border collie, because we lived with him (briefly) in town: the dog’s cosmic consciousness lived in the country where there were animals to herd. It was his duty and responsibility to do so, and he obsessively looked for way to fill that emptiness in his life. Unfortunately, it was cars on the busy street that he attempted to herd, and for his safety and our sanity, gave Toto (the kids named him) to some people who lived on a farm.

When I looked at my calendar this morning , I remembered this conversation about behavioral imperatives that are hardwired into creatures——and not only dogs. Here in the midst of my golden years of retirement, and I’m no less busy than I was when I managed a physical therapy clinic or when I was teaching a full load of classes and labs in the biology department.

Nature abhors a vacuum; so too does the calendar for someone who has generally been and enjoyed being busy and having a reason to get up every day. We will find a way to herd something.

Mercifully, the weather this week will be more like spring than winter, and there should be no impediments to getting where I need to be——even though there are more wheres than I would choose for a week when there’s so much to do around here, both indoors and out. This will only get more demanding as the season leaves long nights and moves towards long days.

We haven’t seen a single thing in bloom yet, which is no surprise; but I did see the first warbler of the year passing through the other day——a Ruby Crowned Kinglet. The Maple buds in the right light, especially late in the day,Â  are showing red. TheÂ  sap is rising, the days are lengthening, the wood stove’s less demanding,Â  the garden more an impending reality,Â  and there are still only 24 hours in a day. What’s a body to do?