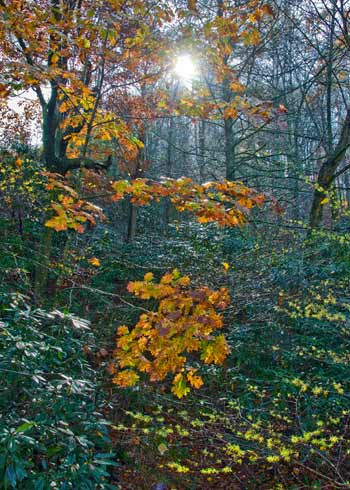 First in this thread of not-so-much thought as speculation and consideration, comes the Healing Harvest Forest Foundation public event in Floyd on Friday. Notwithstanding the disappointment hearing so little from Wendell Berry, the speakers successfully communicated the fact that their work as “restorative foresters” is not exclusively to make a profit from but also to honor and perpetuate the forest and the role it plays in the health of the community.

“You can’t have a healthy human community if you don’t honor your soil and forests” Mr Berry said. This turns modern “logging” on its head, and makes all the more hideous the savaged hillsides near us that have been “conventionally logged” with no consideration at all for the forest as anything other than commodity.

Second, watch this short video (and there are many others out there with this message) that describes how trees in a forest are not isolated entities but share by way of the vast, previously-underappreciated network of fungal threads that make a forest more like a subterranean brain.

Lastly, if you dare, read this SUN Magazine interview between Derrick Jensen (known to me for his wisdom in his Orion essays over the years) and Cleve Backster, veteran polygraph expert who does not attempt to explain WHY, but his findings from all sorts of living things (including yogurt?) give one pause. Could this really be how things are?

If this guy’s observations turn out to be valid, we have a world of re-interpreation to do with regard to consciousness, communication and the very nature of nature.

Derrick Jensen’s enthusiasm for Backster’s conclusions notwithstanding, and even if eggs are not conscious after all, I’m convinced the world is a far stranger place than we know. The role that fungi play in plant ecology would be one of those threads I’d pull if I were a younger man still curious about explaining this place to myself and to students.