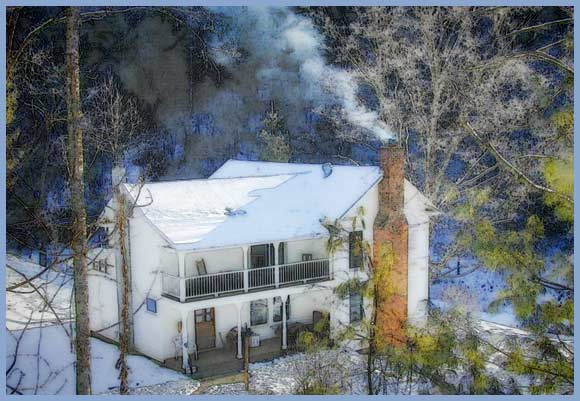 “The Herdmans were absolutely the worst kids in the history of the world. They lied and stole and smoked cigars and used the Lord’s name in vain. They hit little kids and cussed their teachers and set fire to Fred Shoemaker’s old broken down tool house.”These are the opening lines of the play “The Best Christmas Pageant Ever.”

The script sticks in memory because the year our daughter turned twelve, she was the narrator for the community performance and we heard endless recitations. And the following year, we moved to the farm, down the hill from our rural neighborhood’s version of the dreaded Herdman kids.

Our place in the Virginia countryside bordered the cemetery of a tiny church. There, on a good Sunday, forty voices sang the shape note hymns. Everyone in the congregation was from five families that had lived in that farming community and had gone to that little brick church for generations. Ann and the kids and I were the rare new members. Warmly welcomed, we quickly became comfortable there.

During summer preaching, the open doors of the church let in the cool breezes. They also let in our black dog Zach who often wandered up the hill and found us in our pew. Just behind the pulpit through the open back door you could see cows grazing nearby against the backdrop of Walker Mountain, twenty miles away through the blue haze. Our kids were loved by a half dozen grammas and they belonged to the entire church. We would discover our youngest sitting with a different family every Sunday.

Across the gravel road from the church, the shell of a one room school house decayed on the crest of the hill. Socks and overalls hung now from clotheslines strung from its corners. Chickens found shade underneath the house during the days, and spent the nights perched in pine trees growing where the school’s playground last heard the laughter of children long ago. Rusting appliances framed the front door, testimony of human apathy and neglect.

In the ramshackle school house, a man and woman lived desperate lives, but even so, the county had placed little Mary and Silas there to live with their aunt and uncle. The children were a source of income, but mostly, their support money quenched their Uncle Johnny’s thirst for liquor. The brother and sister lived an unruly and impoverished life, deprived of more than groceries or new shoes.

It came time for the annual Children’s Christmas Drama. The nice thing, my wife said, would be to ask Mary and Silas to come and take part. Furtive and distrustful, like wild creatures, everybody knew what they would do. Like the unholy Herdman kids, they would come into church and grab fistfuls of cookies and cake. They’d stuff as much as they could get into their mouths and pockets, and then run off. Even though we knew they wouldn’t behave and would never participate, it would be the caring thing to ask– especially now, when the other children were so excited and full of anticipation.

It seemed a miracle. They came and they joined in. Mary was even chosen to play the starring role. She sat silently beside the manger, holding the Baby Jesus Doll in her arms, lost in her

own thoughts. Silas was a rumpled shepherd who appeared in my bathrobe with the sleeves rolled up three times, a towel wrapped around his head and a broomstick for a staff. He marched solemnly up the center aisle toward the manger, his sister and the baby. In his eyes that night, for the first time, we saw joy and hope.

On that cold December night, two small outcasts were welcomed in. They played parts in a story far greater than the sad script of their own bleak lives; a story of wonder and expectation and the promise of unconditional love.

Of all the little towns of Bethlehem that I’ve ever seen, that was the best Christmas Pageant Ever.

You can order Fred’s books in time for Christmas! ORDER FORM HERE. Or email me for rush orders.

5 thoughts on “To Us a Child is Born”