They have their moments, even though mostly on our round-abouts we’re either keeping Dingo at some distance from Gandy or, when they are at a distance, watching Gandy dominate the confrontations by soundly boxing his ears or sending him tumbling. He finally gets the message.

And when they have come to terms, it’s gratifying to see them walking happily side by side–a token of what might lie ahead for these two dogs. Gandy turns 7 in mid-October, so can still keep up and hopefully, will be able to teach some good manners and household etiquette. 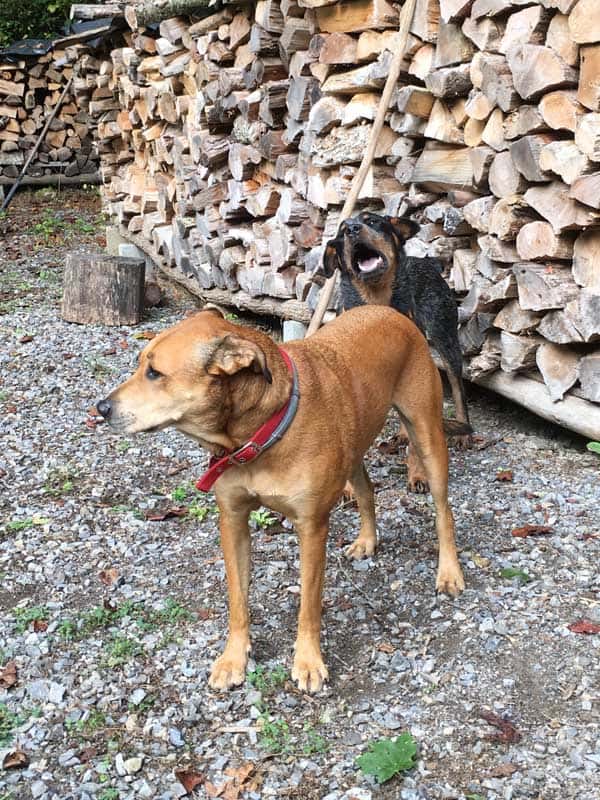 Back at the house, Dingo is feeling the urge again, but in the end, can only bark in frustration. If he could write a love song with more words than what he’s come up with so far.

Tutoring is scheduled for next Wednesday morning, after which maybe he’ll sing an octave higher?