One resource many Floyd residents may not appreciate is the abundant wetlands along the Blue Ridge Parkway. One Parkway biologist chose to work along this portion of the National Park simply for that reason, one of his chief interests being Bog Turtles. There are a number of places where Bog Turtle nests are protected by small fenced enclosures visible from the Parkway, sheltered from cattle hooves. Most folks have no idea what those little corrals are for.

The image above is from an area of saturated soil and shallow beaver pond not far from town. I suppose it is Parkway property and Iâ€™d love to go mucking around in it, but the day I found myself there recently, I was heading for a social event and being muddy up to my knees might not have been acceptable, so I only lurked around the edges, admiring.

This shot (Iâ€™d have loved to have gotten closer–here’s somebody else’s closeup) consists of the tall, spiky, lavender â€œvervainâ€ or â€œswamp verbenaâ€ and silverlace vine, in addition to an assortment of rushes, sedges and late-summer grasses. The former is not that common, and I couldnâ€™t remember the last time Iâ€™d seen it. Come to find out, vervain is a plant with a very interesting history. So if you have dropsy or piles…

Pieces of vervain root, or a sachet of its dried leaves, were hung round the neck to cure scrofula, prevent nightmares, and make one immune to snakebite; it was also said to staunch blood, because it grew at the foot of Christ’s cross. One Jacobean poet says it â€˜hindreth witches of their willâ€™ (Drayton, Nimphidia (1627), line 391); this probably alludes to hagriding, since it is nowhere mentioned as a house protection.

A sacred herb used to cleanse the table of Zeus before a feast in ancient Greece. In Rome it was also strewn on the altars of Jupiter, and water containing vervain was also sprinkled in houses to cast out evil spirits.

Among the Druids particularly it was employed in connection with many forms of superstition. They gathered it at daybreak, before the sun had risen. Later sorcerers followed the same usage, and demonologists believed that in order to evoke demons it was necessary to be crowned with vervain.

During the Crusades it was believed that when the nails were driven into the hands of Christ, vervain sprang upon Calvary. 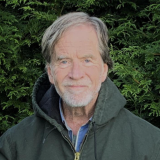 2 replies on “Wetlands Are Not Wastelands”

Thanks Fred. I’ve got plenty of vervain here what with about 800 feet of Greasy Creek slicing through the property and several small seeps that ooze their way down to it. Now I need to learn some more about bog turtles since I probably have some of those here too.

As a wetland scientist and ecologist for the last 30 or so years I have often wondered why wetlands are still seen as wastelands by the masses. Perhaps our most diverse ecological ecosystems, and certainly responsible for cleaning up our dirty water, it is hard to image why they are so disdained.

Perhaps the fact that wetlands most well known commodity is misquitoes is a plausible explanation.

Nevertheless, thank you for the appreciation of one of our most precious natural resources.