Most people might think it’s a good thing–that there are demonstrably and significantly fewer insects than there were three decades ago.

But consider that these morels are critical links between the primary producers (grasses and other greenery that turns sun into food) and the chain of upper-tier eaters that depend on insect biomass to keep their own bodies warm and populations from crashing.

“Scientists have long suspected that insects are in dramatic decline, but new evidence confirms this.

Research at more than 60 protected areas in Germany suggests flying insects have declined by more than 75% over almost 30 years.
And the causes are unknown.

“This confirms what everybody’s been having as a gut feeling – the windscreen phenomenon where you squash fewer bugs as the decades go by,” said Caspar Hallmann of Radboud University in The Netherlands.

“This is the first study that looked into the total biomass of flying insects and it confirms our worries.”

I always monitor the goldenrod of September as a kind of biological clock telling me where we are on the celestial rotatation towards autumn. In particular, there is a tan blister beetle that uses this plant as a “hooking up” spot, to meet, greet, eat and procreate.

There are usually numerous pairs on every plant around the edge of the garden. This year, there were four pairs–total. I could go on with similar stories about other insects gone missing.

Turns out our canary in the cage might be an insect after all.Â 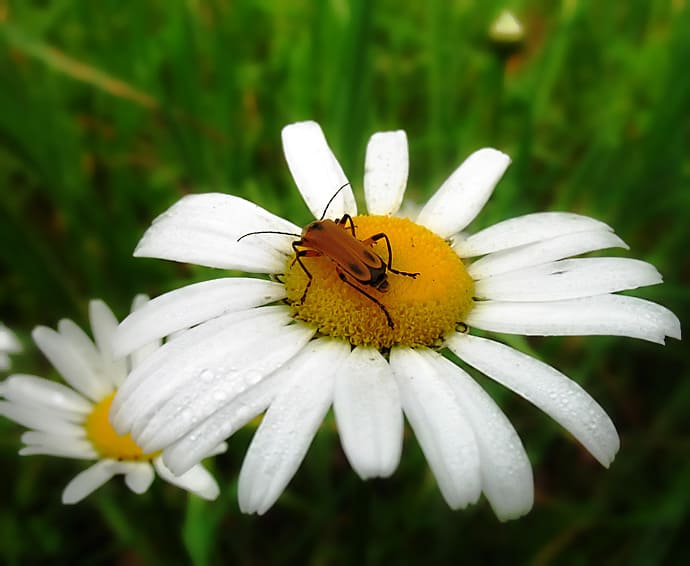