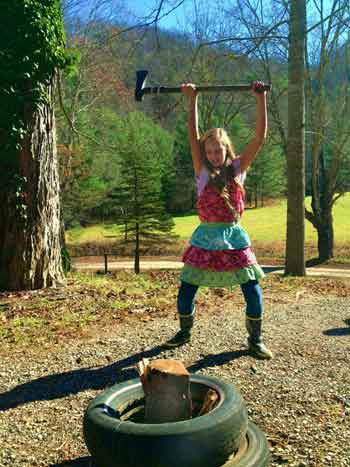 You have to do something physical after Thanksgiving Day turkey.

What grand daughter Abby lacked in accuracy she made up for in determination and persistence. She flailed that six-pound maul until she intimidated that piece of cherry into kindling sticks.

I think she’d seen one too many Ninja movies, but again, the fear factor might have helped, and I’ll be trying this out later today–my first attempt at firewood home economics management since my hand surgery back in early October.