The Friday Blog Post: At Last! or So What? 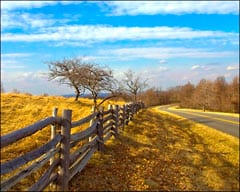 Ah Fridays. How prominent they used to be when they marked the boundary betweenÂ the life I gave at the clinic and the one I rediscovered each weekend at home. Any more, after retirement, not so much. But the word Friday still carries with it the sense of freedom I once felt when that day came, so I embrace Fridays when I realize about noon that for much of the world–at least those who still have jobs–there’s about to be a break in the beat and you will march at least a few paces to your own peculiar rhythm for 48 hours. The joy!

Now, Friday’s mean that the blog readership sags to the lowest ebb of the low-volume weeks of my current blogging life. Don’t know why Friday readership is so low, or for that matter, why readership in general has slumped so seriously–at least for me.

I think Facebook, Twitter, and the vast bloom of places to go and see and hear and watch stuff has diluted the broth to the point that for most bloggers like me, a post to the blog is no longer about community and is more about broadcast for its own sake.

While I know there are a few of you who are “regulars” going back years in some cases (and your invisible companionship is much appreciated!) when I imagine my “audience” it is mostly faceless. And it’s hard to talk to an abstraction, in much the same way you may find it hard to speak intelligently to an answering machine.

Ah well. I’ll be giving the process and the medium some thought: I’ve been asked if I want to host a presentation about blogging next summer. Dunno. I will, by then, have reached the ten year mark, and there are not many blogs that have survived that long. So I have longevity going for me. And I can tell my own story and describe the peaks and troughs over a decade. There have been many of both.

But if I were to say yes, I’d be thinking about inviting other bloggers who could speak more to the technical aspects of registering a domain, acquiring hosting, and setting up something like a wordpress blog and tweaking the appearance, monetizing, branding and such. I mostly just want to add content that is interesting or stimulating or of local interest, and not dive under the hood to change or fix things.Â  (Monetizing: yeah. About that. I got notice yesterday that $12 had been transferred from TextLinkAds to my Paypal account. Two years ago, it was $120 a month all year. Sigh. Sometimes I wish I cared more about the money. But then, mostly, I just don’t come here every morning thinking about that sort of thing.)

If you were going to set up a presentation about blogging, what would be the main points?

What sites would you use to illustrate what blogs were all about?

Would you encourage the audience to read blogs or to start one of their own?

What would you say about the role of blogs in an age when investigative journalism is moribund and the truth can be hijacked by special interest groups?

Is the blog a legitimate and essential tool to expose nature, community, nation or planet for common dialogue and work?

Meanwhile, and although I don’t think ever has someone come to an event where I was speaking because they read about it on the blog, I’ll theoretically see some of you at Heartwood (Abingdon) tomorrow, where I’ll be manning a table and otherwise present in some capacity. If you haven’t visited the Heartwood site, even on a Friday, go there.

3 Comments on “The Friday Blog Post: At Last! or So What?”