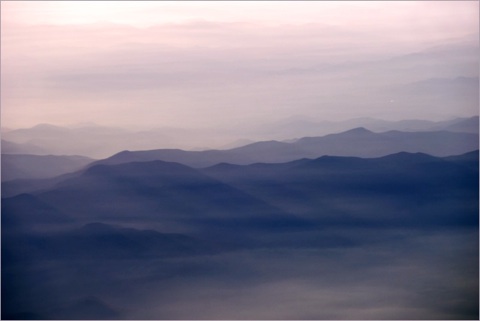 For those who live in the Appalachian culture, geography and heritage and are perplexed by the sharp, invisible blue versus red divide between close-lying areas as well as for those from outside who don’t at all know what to make of the politics of America’s southern mountain outback, I’d recommend this recent piece from Moderate Voice: Canvassing for Obama in Southern Appalachia excerpt below.

Appalachia is a land of contradictions. It’s a crossroads of peoples, and it’s an isolated pocket of cultural residue. It is a place and it is a mentality. Appalachia conjures up the most beautiful mountains and valleys, and the most environmentally denuded places in the country.

Its signature music – bluegrass – perfectly encapsulates these contradictions. The standard songs come from 19th century Tin Pan Alley standards, Gospel hymns, 17th century Scots-Irish reels, 1960s folk anthems and African American blues. The instruments – the Spanish guitar, the Hawaiian (by way of a Slovak manufacturer) Dobro, the Scottish-Irish-English fiddle, the Italian mandolin, the African banjo – all reflect the varied influences on a music most Americans think of as “traditional” – even if only 50 years old.

Appalachia is a land of contradictions. And so is its politics.

One can drive through Floyd County this week and see these divides in the yard posters, one community to the next; and if truth were known, those biases hark back to deep divide of the Civil War.