Genie in the Bottle: Harnessing Photosynthesis 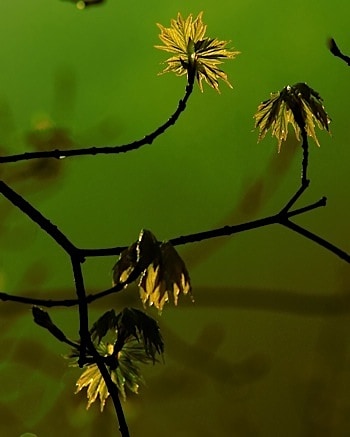 I’ve contended for years that, until we learn to work with and even mimic the economies of the natural world (biomimicry) rather than wield the bigger-hammer nature-be-damned approach, we will continue to make a mess of things. The holy grail to me has been for mankind to be able to harness the chemistry in which light energy can be converted to other forms of energy with no waste. Plants have done it for hundreds of millions of years. It’s called photosynthesis.

And in the best of all worlds, should we be able to split water and burn the hydrogen for power, if it could be done at point of use on the household or community level, it would obviate the need for a grid and maybe it would take energy out of the hands of the fossil-fueled corporations that have had the world by the throat.

I’ve been secretly hopeful that just such an energy source would actually happen in my lifetime after reading hints the process might be in reach. Maybe. Maybe not.

But there is some hope that sunlight-to-hydrogen at commercially practical scale may be a reality–in time to save what remains of Appalachia’s mountaintops and to bring our young men home from the oil wars.

While this is far from a given success, the potential is paradigm-shifting, solving both the supply and the waste sides of the global energy equation. As reported by FastCompany…

Just 45 days ago, Nocera and his team stuck an artificial cobalt- and phosphate-coated silicon leaf into a jar of water and managed to create power–at an efficiency that surpasses today’s solar panels, no less. The technique mimics photosynthesis by splitting hydrogen from water to generate power from the sun.

Tata and Nocera imagine that the research could lead to a refrigerator-sized “mini power plant” in a development that could, according to Live Mint, bring power to the three billion people currently living without.

Imagine a single bottle of (even dirty) water supplying the energy needs for a household. On the other hand, demand for water is already placing critical pressure on supplies. And the electrolysis process is certain to require finite resource minerals (like cobalt) to manufacture.

Meanwhile, while we’re dreaming, if conservation and improved efficiency and population control could be worked somehow into the conversation, I’d feel better when thinking there might be three billion more televisions watching the Home Shopping Network someday.

13 Comments on “Genie in the Bottle: Harnessing Photosynthesis”