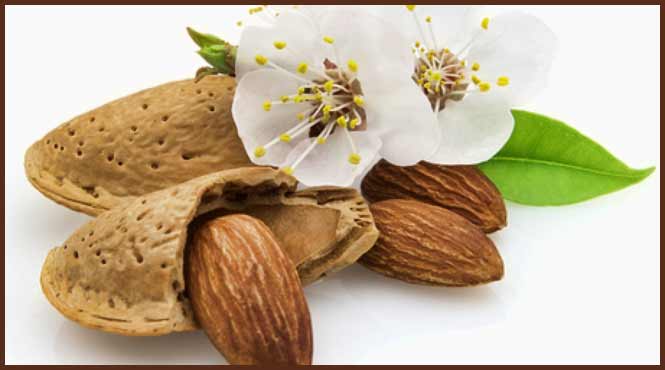 In conversation the other day, somebody told about their increasing reliance on almond flour as a gluten-free alternative to wheat flour.

I suggested they stock up and begin looking for alternatives. The cost of almonds is likely to spike as availability tumbles. Why?

First a couple of factoids about the elongated elliptical “fruit”. For starters, it is not a technically a nut at all, but more of a peach pit. Almonds, like most of our prized fruits, are in the rose family, and a relative of the peach, genus Amygdala. (Think about the similar corrugated appearance of an unhusked almond and a peach pit.)

Almonds have been around for centuries, mentioned 10 times in the Bible, and apparently originating in the Mediterranean area. Consequently, they grow best (and for all practical commercial purposes) only in the Mediterranean climate of California from which 80% of the world’s almonds are produced. Make that HAVE BEEN produced.

Why the concern about the almond’s future? The combined impact of California’s ongoing and apparently long-term pattern of drought; and the fact that almonds require bee pollination to set fruit. The dire predicament of the honey bee, sadly, has become common knowledge since the appearance of Colony Collapse Disorder.

So before things get better, they are likely to get worse for those of us who are fond of almonds in our breakfast cereal and marzipan shapes in our Christmas stockings.

The good news: a hybrid between a low-yield self-pollinated almond and the high-quality high-yield almond cultivar is in the works. It too, however, likes lots of water. Consider that it takes a bit over a gallon of water to produce ONE SINGLE ALMOND.

And the other good-ish news is that maybe we are getting closer to understanding bee biology. New mathematical models, tiny bee-back tracking chips and new insight about bee winter diets may move us closer to saving the honeybee from extinction.

Turns out that bees, like humans, suffer from the dietary effects of high fructose corn syrup. We get fat. They lose some of their native responses to challenges like the ubiquitous pesticides they encounter everywhere. Why are bees fed HFCS? Because their honey is money. We take that and give them the low cost alternative. But maybe the cost has been higher than we thought.

It takes how much water to grow an almond?! | Grist
[Take a look at this one if none of the other links. This is sobering in light of the US West’s water future and those of us who eat.]

42 Gallons Of Water To Make One Slice Of Pizza, And Other Facts We Need To Know – Forbes