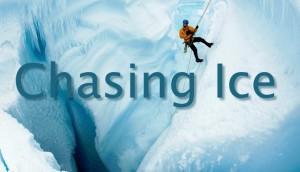 When and if spring ever arrives, we will have to go out and roll down the windows a half hour before we leave for town. From late March through early November, as you know full well, it just gets too darned hot inside a closed car with the windows rolled up. Sometimes you can’t even touch the steering wheel.

A closed car makes a good heat trapper because the windshield lets solar radiation in, which is absorbed by the interior of the car, and then that heat cannot be re-radiated effectively back through the glass fast enough to counteract the temperature rise inside. [I have started seeds inside the car w the windows cracked a bit. Makes for a poor man’s greenhouse.]

And so after the first too-warm days we remember to go upstairs and bring down the collapsible silver windshield visors that reflect that unwanted sun before it can enter the car and cause the heat to get too high for comfort.

What would happen if, for some odd reason, we painted our visor here and there with black paint? Well that would reduce the reflectivity and increase the absorption of heat, the more absorption and more of the visor goes black.

The planet’s polar ice is Earth’s sun visor. And it is breaking up. Each year (yes I know the Antarctic is gaining ice slowly) the Arctic loses sea ice surface the equivalent area of the state of Maryland.

Ice is reflective like the silver of the visor. (That reflectivity is called the Earth’s albedo.) The darker land and water revealed when the ice melts is absorptive–like the black parts of the visor. [Yes I’m aware this is not a perfect model, but hey, it’s my keyboard.] Arctic ice is also turning to “Dark Snow” due to soot from increased northern-latitude fires, and dark snow absorbs heat more than white snow.

This process will likely continue until the arctic ocean is ice free. That could happen in September of this year, some scientists think.

But there’s some good news: some of the gases we put into the air actually shield the far north and keep it cooler than it would be without those gases.

But there’s some bad news: those gases come from coal-burning power plants. Sulphate aerosols reflect the equivalent of some 50 ppm of CO2 greenhouse effect. We must stop burning coal. When we do, the level of heat-trapping is no longer moderated by the reflective aerosols. Bummer of a situation.

So. We are fubared unless we do something. Quick! Call out the engineers! They will save us! Yet another technological fix and America is good to go shoppingÂ  for another couple of decades maybe.

Nah. The jury is not ready for a final verdict, but researchers into this possibility of intentionally injecting MASSIVELY MORE sulfate aerosols into the atmosphere [Acid Deposition from Stratospheric Geoengineering with Sulfate Aerosol] are not bullish on the idea. We don’t know enough to predict how that desperate intervention would work out. We do know it WOULD be good for the GDP, while the other option, not so much, in the near term:

We have to leave carbon in the ground: coal, oil, natural gas, methane hydrates–all of it. Un-drilled, un-mined, un-piped, un-sold and un-burned. Starting yesterday. And beyond that, we have to use living systems (grasses and trees, mostly) to pull carbon from the air and store it in forms that keep it locked up long-term and unable to contribute to CO2 and methane in the atmosphere.

Won’t this be bad for business? Yes. Will the consequences of doing NOTHING be far worse? Yes.

And so, because we deferred to do the hard but do-able thing in the 1970s whenÂ  gradual implementation would have been both possible and tolerable, we’re left with a choice between very hard and very very hard choices. It is what it is. The most difficult option makes future life on Earth possible. The easiest business-as-usual option has a different outcome.

So what will we choose?

A Faustian Bargain on the Short Road to Hell: Living in a World at 480 CO2e | robertscribbler

NRDC: The High Cost Of Doing Nothing

Could the solution to global warming lie in COWS? | Daily Mail

4 thoughts on “Paint it Black: Our Arctic Sun Visor is Failing”