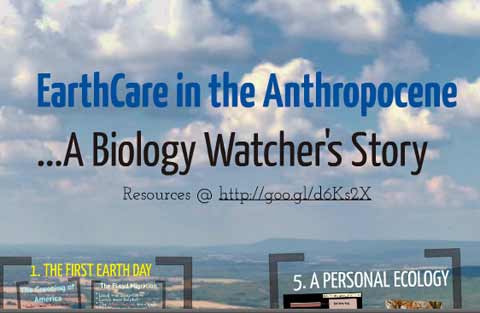 So I’m soon off to Blacksburg to run the parking permit gauntlet, then actually find a slot for the Subaru in the Great Academic Ant Hill of Virginia Tech.

I’ll be heading off, once parked, to McBryde Hall. I know just where it is.

Exactly 10 years ago this month, I had signed up for “Appalachian Identities” during the early chapters of my epiphany of belonging to the southern mountains. For a term paper, I wrote a piece called “Floyd County: Culture, Tourism and Identity.”

For the first time in my life, I began to think of myself as being a part of history, of place and of community. I wondered what was going on at the old dairy barn up top of the town hill–a place called the Jacksonville Center. Had to wear a hard hat when Lee Chichester kindly toured me through the place, still very much under construction.

So what about this place we lived but did not know. Where was Floyd County heading? I was directed to this very helpful stranger, Lydeana Martin, who had compiled and offered to loan me a copy of the Comprehensive Plan for 2000. It was an eye opener.

The new term of those days was “sense of place.” It resonated. I did not until recently fully understand why. Maybe I still don’t fully comprehend the significance of the relationship between the parochial and the global caring that begins with the world around us.

A few years later, “nature deficit disorder” rose in the radar of importance. It too was a condition of broken relationships. It turns out that was what all my seemingly-unrelated writing had been about since it started on Fragments in May 2002. And the connections between placelessness and nature deficit are become clearer to me all the time.

So that is what I will share with students today at Virginia Tech.

TheÂ link to the Prezi program is hereÂ  I don’t expect to cover all this today, but it will (may?) serve as a springboard to discussion.

Students are in this Appalachian Studies class mostlyÂ because it is a lesser of many evils elective. Some are there because they care about the subject. If I can only find ONE pair of eyeballs from the latter group, I’ll get muddle through.