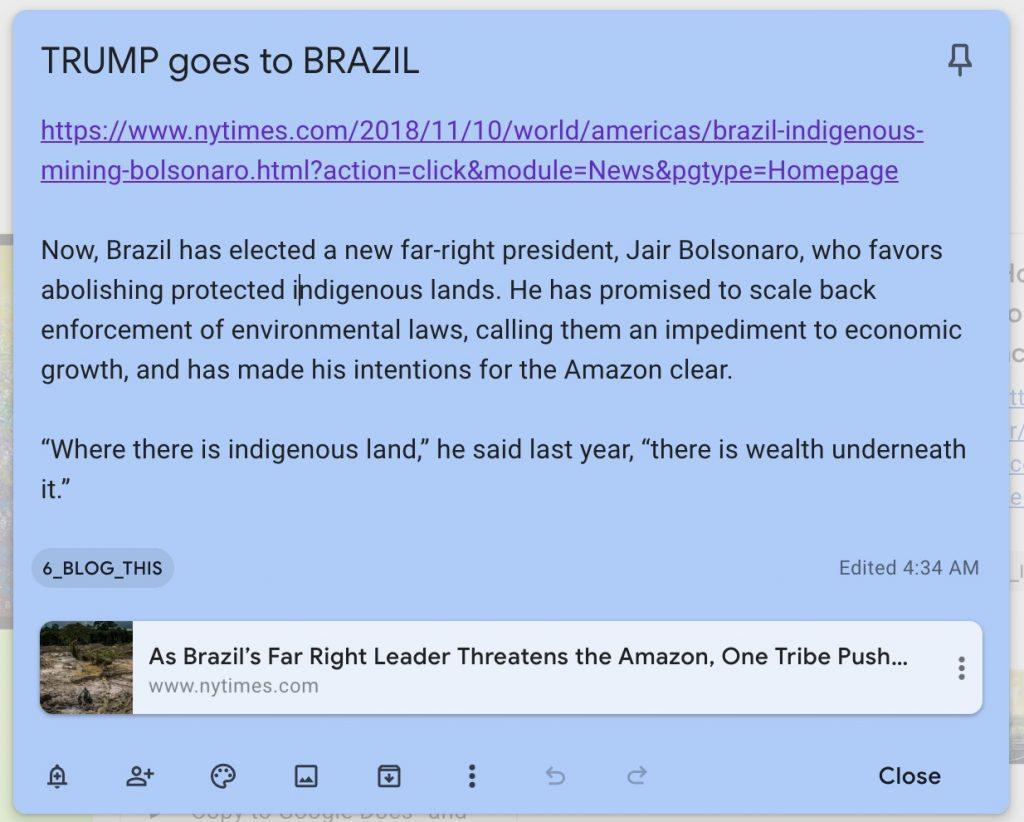 …Brazil has elected a new far-right president, Jair Bolsonaro, who favors abolishing protected indigenous lands. He has promised to scale back enforcement of environmental laws, calling them an impediment to economic growth, and has made his intentions for the Amazon clear.

“Where there is indigenous land,” he said last year, “there is wealth underneath it.”

The elected Gods of Mammon will dig under cities, under schools, under parks and islands and mountains and rainforests–will turn Earth into profit; into temporary freedom from the certainty of death. They will do this as long and as often as we let them.

They will convert any living spaces or living creatures into money and power until there is nothing left to consume. If we let them.

…From 2006 through 2017, Brazil’s part of the Amazon lost roughly 91,890 square miles of forest cover – an area larger than New York, Vermont, New Hampshire, New Jersey and Connecticut combined, according to an analysis of satellite images by Global Forest Watch.

3 thoughts on “The Wraiths of Riches Who Rule the Earth”