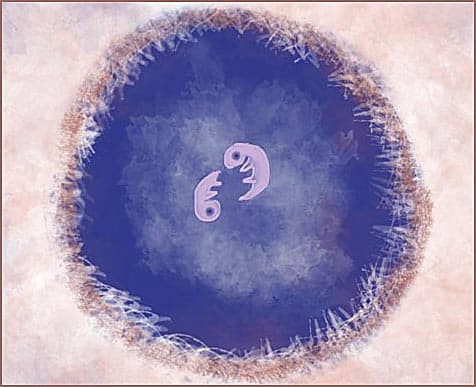 I have run across several articles lately about mankind’s next venture off the planet. I mean way off: to visit distant stars, convinced as astronomers are that there are, intoned in Carl Sagan’s gushing manner, “billions and billions” of planets out there and maybe at least millions fit for human habitation.

I’m not waiting to see the cosmos out the porthole of a traveling space colony like the one depicted in a recent National Geographic perused in the porcelain library. I personally think we’d better start treating this planet as the only one we’ll have have access to, and maybe, thank goodness for that!

But no question, this is a pretty snazzy cosmos we have here, and my oh my, we have come to be able to appreciate so very much more of it than even when I was a boy.

The closest I came to a direct encounter of the stars was the large, heavy black and white posters my acting father had printed during what apparently was a moment of enlightenment of the notion of “mans proportion” as Blaise Pascal described it. One was of Orion, I think. I stared at it for hours. Then when he left home, I used it as a dart board. But that’s another story.

What I really set out to do this morning (relieved as I am of obligations to not embarrass myself at Ferrum, which was last night, which was okay by me) was to tell you, if you don’t already know, that there have been changes in how Google Images works. Here’s that story.

BUt now for the test drive: use this new feature to explore a vast storehouse of Hubble images. Many of them were found by amateurs pouring over the huge backlog of images taken by the hundreds of thousands so that it will take years even to look through all of this digital information, much less to decipher what it is that the images show us.

Can you imagine being the person to be pouring through hours and hours of uninteresting points of light and come across something like THIS!

The world we live in is a wonderful, horrible place, isn’t it?

CAPTION: Either an actual “star nursery” found by Hubble amateurs, or a whimsical doodle by an amateur using ProCreate for iPad.Â Â

3 thoughts on “Tomorrow, the Stars? I’m Not Waiting”