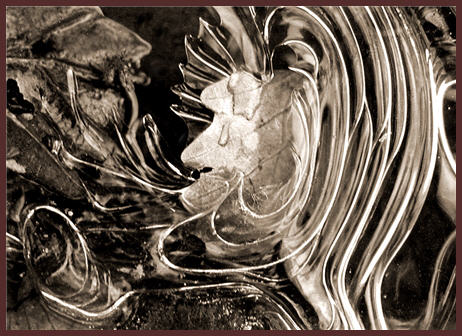 On the Parkway along Rocky Knob there are times the wind is strong enough to rock my car. I stop at the Saddle Gap overlook and grumble at the very air, barely able to open the door against the gale. But maybe I should think differently of this invisible force of high and open places.

It’s not hard to imagine a time in the not-too-distant future when oil will be five, six dollars or more per gallon and America will have started to acknowledge that we can’t do what we’ve always done for electricity. And then, the wind may become more blessing than curse.

But the prospect of stark silhouettes of a dozen 400 foot tall GE 1.5MW towers on Appalachian ridges and the sound of their whirling 250 foot rotors gives me a chill. No one want such unnatural mammoth machinery in their back yard. But think about it: we go nuts without electricity for two or three days during an ice storm.

That should be lesson enough to let us know how dependent we are on the buttons and switches that keep the lights, TVs and computers on. The costs of coal (including environmental) are nearing a point at which we’ll be motivated by necessity to find an alternative for electricity production. Wind will be on the short list of choices, but the choices there will multiply.

As windy as it seems here some days, we don’t have adequate average wind speeds in Floyd County to justify construction of large-scale wind farms (though smaller applications are possible and reasonable. Did you know that there’s a small wind generator behind the Jacksonville Center in Floyd?) On the other hand, it has been said that “there is enough harnessable wind energy in just 3 of the 50 states-North Dakota, Kansas, and Texas-to satisfy the country’s electricity needs.”

For me, the idea of exploiting the inevitable winds, an indirect consequence of the planet’s warming, has a certain elemental beauty to it. And the practical use of wind power doesn’t necessarily require construction of massive towers along coasts or on mountain ridges. Someday soon, there may be more acceptable, smaller-scale ways of using the power in the winds that buffet us in our walk between the house and mailbox

One of the most promising new wind-energy ideas I’ve seen was created by a young man, Shawn Frayne, who recently won the Popular Mechanics 2007 Breakthrough Award with his WindBelt. This device consists of a “taut membrane fitted with a pair of magnets that oscillate between metal coils.

Prototypes have generated 40 milliwatts in 10-mph slivers of wind, making his device 10 to 30 times as efficient as the best microturbines. Frayne envisions the Windbelt costing a few dollars and replacing kerosene lamps” in remote places and third-world countries.

A road-related wind application that is in prototype would put horizontal rotors in the median barriers that separate highway lanes or in the “goal posts” over the roadway that hold signs just above the tops of the tallest trucks. Have you every stood on the side of an interstate while changing a tire? The artificial winds created by speeding vehicles are remarkably strong!Â  Maybe that turbulence that shoves our little cars aside when a truck passes at 80 could be put to a better use.

But promising future wind energy projects like these falter in a boom-or-bust cycle created by political on-again off-again Production Tax Credit legislation. Thankfully, upon recent opportunities for renewal, this credit for startups has been sustained through 2008.

Consider one contender:Â  the Mageen Air Rotor System. This is a helium-filled inflatable tethered on a 1000+ foot cable. It is less efficient than the huge mountaintop turbines, but more economical to build and place. Other similar inventions might thrive with federal and state support.

Here’s another thought: with cheap and decentralized production of electricity (should that happen), rather than using natural gas as a source of hydrogen for auto and truck fuel or fertilizer, it could be extracted by electrolysis from water. The hydrogen economy, were it to become feasible, would significantly reduce greenhouse gases and our dependence on foreign suppliers of petroleum.

Maybe it’s quixotic to think we can avoid jousting with large ridge top, open-plains and offshore windmills for a time before more efficient alternatives are encouraged to replace them. And in the end, wind will likely turn out to be just one of several concurrent alternatives that let future generations harness earth’s replenishable energy, use it wisely and cleanly, and still leave the place unspoiled for those who come after.

By the way, wind energy is an active issue just up the road in Highlands County, VA. And this is a good general resource on wind.