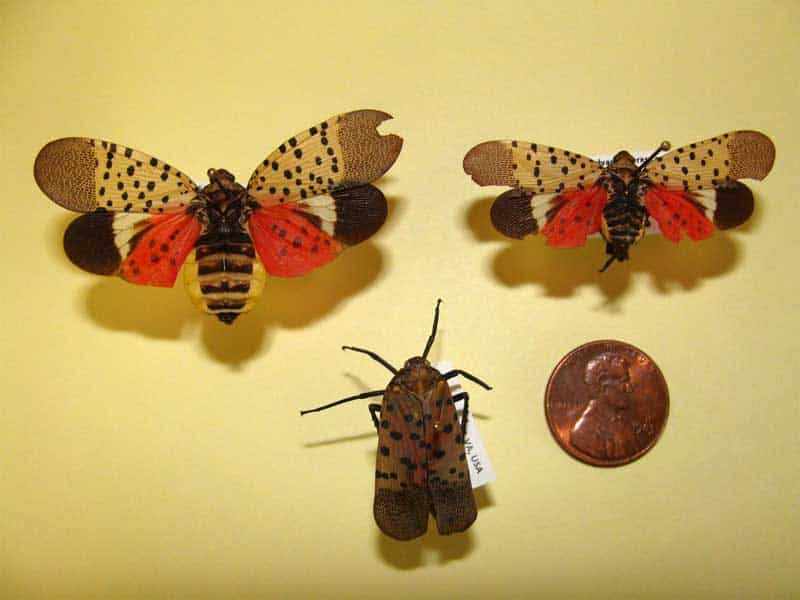 “A potentially very serious pest of grapes, peaches, hops, and a variety of other crops, the spotted lanternfly (SLF), Lycorma delicatula, was detected in Frederick County, Virginia, on Jan. 10, 2018.”

It’s host plant for hatching its eggs and hosting its young: Ailanthus–Tree of Heaven. A match made in, well…

“The red and black spotted lanternflies are native to China and feed on sap, essentially sucking plants dry. They go after grapes, but researchers have seen them invading apple trees as well. In December, Pennsylvania state officials quarantined Christmas tree growers in 13 counties to prevent the insect eggs from traveling to other states.”

We are likely to hear more–a lot more–about insect issues as winters get milder and natural cycles become disrupted by unpredictable patterns of temperature and rainfall: climate chaos.