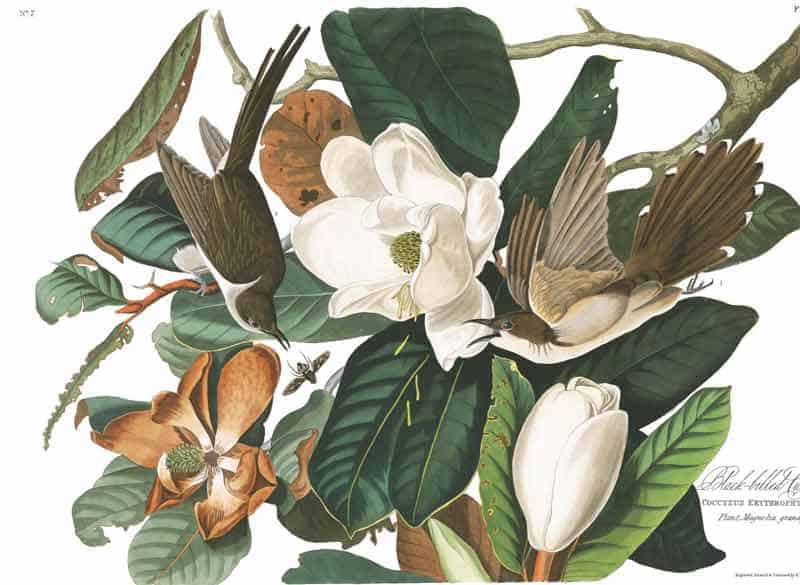 They look awful, and seem to threaten the forest with ultimate consumption–the fall web worms whose unsightly tents of silk tatter the margins of roadways and fields in autumn.

What many people don’t realize is that, in the end, the caterpillars generally don’t kill the trees they make their webs in; and second, that there are predators whose numbers rise in relationship to the numbers of caterpillars. And if you pay attention, you can hear them–the black-billed cuckoos who eat them by the thousands. They are related to the western roadrunner.

We are hearing both yellow and black-billed in abundance this summer.

Here’s an interesting fact I did not know, according the first link below, and not corroborated yet by other references:

“…cuckoos are true dietary specialists adapted to eating the hirsute larvae whose multitudes have overrun our parks and woodlands in many places. Over time, a cuckoo’s stomach becomes matted with caterpillar hairs that stick in the lining. Eventually this felt becomes so dense that it inhibits digestion, so the cuckoo sheds its whole stomach lining and grows it anew.

I suggest you click the audubon field guide links to listen to the songs of these two birds. And I’ll bet at least some of you (that is if there’s more than one person who reads this post) will say “Hey! I’ve heard that!”

The yellow-billed song sounds more like something that would come off a Tarzan movie. It is also referred in some parts of the south as the “rain crow.”