Forest Death in Denmark and Beyond 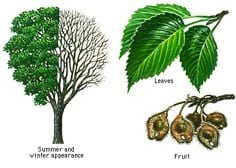 In Denmark, Ash is the third most common tree, and 90% of them are now dying. The disease is fungal, a pathogen known as “Ash die-back”, and it is now spreading across Europe.

A comparable situation in our part of the southern Appalachians would be if all the hickories were dying. While this pathogen has become so virulent just now I don’t think is known, but certainly the ease with which plants are transported across vast distances by man in days that could not be crossed in millennia by plant and animal mechanisms alone accounts for the rapid spread into new territory.

The hope is that perhaps 1% might be genetically resistant to the pathogen and survive — in much the same way there was hope for resistance among American chestnuts, but they were cut for market so quickly as they began to die that no resistant trees persisted in forest.

On a related note, if you’re interested in the life of plants (and why would you not be?) here is a great site that discusses the topic in some detail, and I have bookmarked it to come back and possibly blog on some of these topics that are related to a couple of things I’m writing for the Floyd County Almanac. HowPlantsWork.com