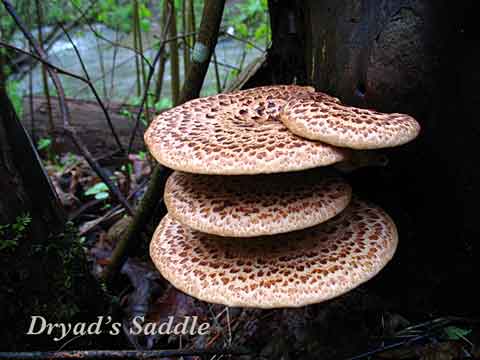 So I’m heading off to Mt Rogers for the umpteenth Naturalist Rally today, drizzles notwithstanding, and at the end of a two hour drive, hope to have a bit of dry skies to do the traditional loop around the Grindstone Nature Trail. That was the first place I ever discovered ramps, though I did not know what it was in my hand until I scratched-and-sniffed the odd looking oniony thing. Always scratch and sniff, or you’ll miss a lot of worthwhile detail in nature. (Don’t do this with salamanders or poison ivy. Caveat emptor and such.)

This is also the place where I became a stand-in hike leader in 1975 when the scheduled tour leader had an accident on the way to the rally. My biology studentsÂ vociferouslyÂ offered me as a volunteer when the call was made to the gathered crowd that Saturday morning (with light snow, as I recall) at the old CCC hemlock-bark-sided edifice that was the center of activities back then.

I went on to lead the same hike for ten years–until we left Virginia for Alabama (PT degree) and North Carolina. I’ve lead it once since we’ve returned, and try to walk it for old time’s sake ever year I’ve made it back to the rally.

So what field trip will I sign onto in the morning? Maybe the wild foods trip to learn some new medicinal and food uses of familiar plants.

But the more I think about it, with all the rain we’ve had lately, it’s the mushrooms amongus that ought to be happy and growing vigorously. And Becky Rader, a very knowledgeable and capable teacher, will be leading that one. I think I’ll go with the Fun Gal and get down and FUNGAL.

CAPTION: This plate-sized flap-jack-looking firm feathery pore mushroom from the banks of Nameless Creek yesterday is one of my favorites. It is said to be edible when young, but I think that only means you can chew and swallow and it won’t make you wish you hadn’t–nothing like as delectable as the half pound of morels we had with eggs one night and with pepper steak the next. Those, my friends, were shrooms worth swallowing.Â [Click the image to Enlarge]