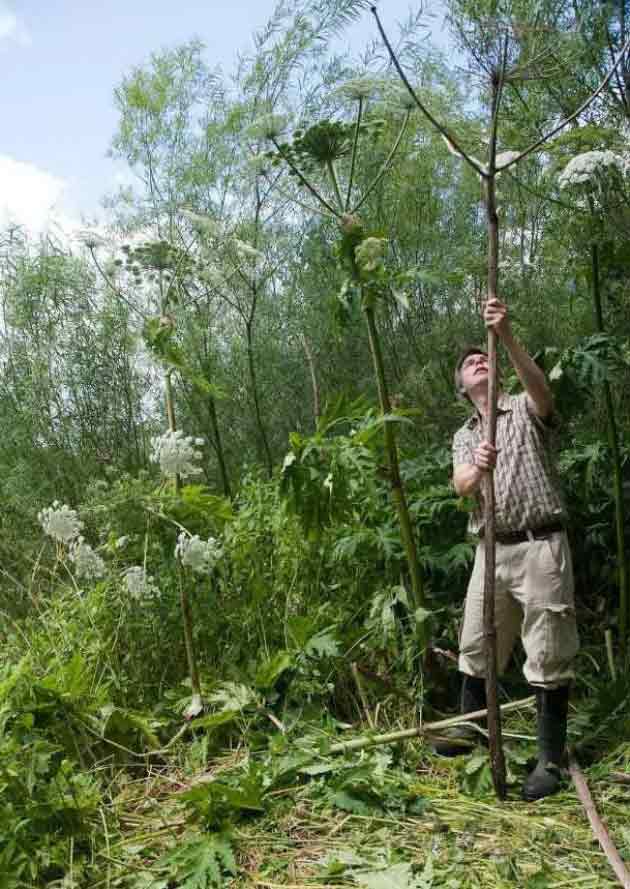 I recently had the opportunity to ask one of the most knowledgeable botanists I know as many pertinent questions out of my confused and confusing plants folder as I could tastefully work into the conversation.

“Have you run across Giant Hogweed on your place?” He lives on a sizable parcel of Floyd County property that he knows well, both as a farmer and as a retired botany-educated professional. He said “Why yes I have.”

It had recently been observed in Virginia, but not the southwest part of the state.

We talked about the so-what, and he was not optimistic that its spread could be contained, given the effort it would take and the general apathy of local citizens–even other farmers.

I contended that, even so, it made sense to me that, for sake of prevention of the health impact of this plant, we should educate folks. And so…

The best source I have found for comparing similar plants is from a New York source–a state where Giant Hogweed is long and well-established. If you want to be knowledgeable and possibly save yourself or someone you know from a really really bad time, give it a careful look. There are helpful illustrations here of five plants that bear resemblance to and could possibly be confused with Giant Hogweed.

And I’d hope that our local network of naturalists, farmers and hikers would communicate about observations. Catching these populations when there are few individuals and they are not 20 feet tall would be preferable. We don’t want our kids coming in contact with this. And animals–who may not react to the exudate–can carry it on their coats and transmit it to human skin that way.

2 thoughts on “Giant Hogweed is Here”