October Leaves in a Huff 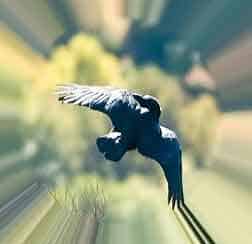 It is the last day of October. The winds of superstorm Sandy will deal us only a glancing blow. At first light, inland morning gales smell of sea salt, strong and steady out of the Northeast. Shards of it break into the southern mountains, whistling through trees on ridges, we hunker below on Goose Creek, tending to business, vigilant. Battering winds buffet our friends who live up top where the sun sometimes shines, though today there will be warmth and light only high above the grotesque, pinwheel shadow-cloud of Sandy.

High over the barn roof, at the end of the valley, two ravens hold their position as if painted on the sky in airborne rheotaxis, like small fish holding position against the invisible current in a stream, lest they be swept away to sea. These birds are made of black metal, wing beats audible from a half mile away. They are among few winter-long residents here. I would miss them if they decided to find accommodations in south Georgia, instead.

Especially in the absence of almost all of our summer birds, the raven’s high, course croak on a freezing-bright day in January, will demand that as often as they call to me, I shield my eyes against the sun to find never more than two, circling in a kettle of frigid air — more often than not, chasing each other in play.

Their pebble-in-the-well kerplunk (my own peculiar name for that call, but if you heard it, you would understand) is always a source of glee (for them first, and then for me!), a chuckle if ever bird were capable of such.

2 Comments on “October Leaves in a Huff”