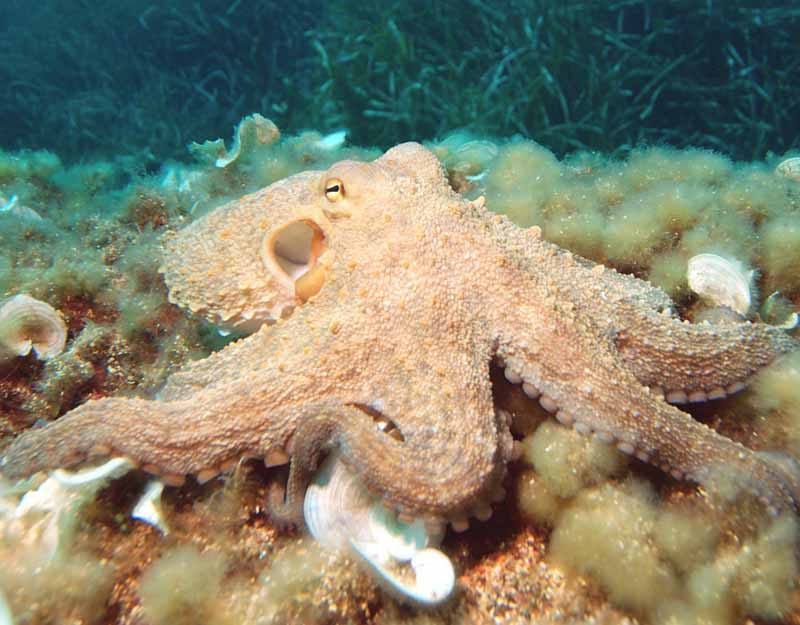 No Really. That is being posited as the source of the many-faceted oddness of the 8-tentacled creature that has been shoehorned into the mollusk group but really, in many ways, is such an outlier that it seems like it came from–OUT THERE!

A recent proposal in the scientific journal Progress in Biophysics and Molecular Biology posits that octopus DNA could have arrived on Earth in “an already coherent group of functioning genes within (say) cryopreserved and matrix protected fertilized octopus eggs.” And these eggs might have “arrived in icy bolides several hundred million years ago.”

Not everyone is aware that Francis Crick, co-discoverer of the structure of DNA, suggested that life on Earth was the product of “directed Panspermia“–a seeding of the galaxies by an advanced being, also OUT THERE.

And admittedly really OUT THERE is where many see the credibility of this intriguing proposal. But I have lived through a time when many “impossibilities” have proven to ultimately have been taken as fact. Stay tuned!

2 thoughts on “Octopi From Outer Space”