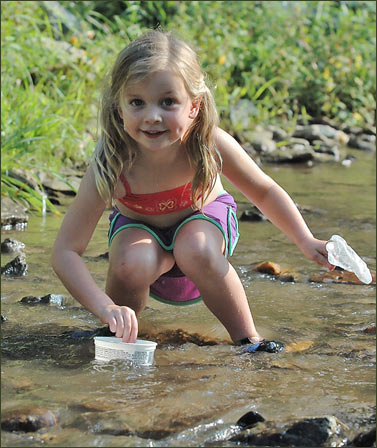 Is the best way to break the cycle of Nature Deficit Disorder by intervening through the wallet into Mom and Dad’s Outdoor Attention Disorder?

It seems sometimes that where our dollars go is often higher on the radar than where our kids go. So maybe New Mexico is on to something. This assumes, however, that the national movement appealing to parents’ and grandparents’ right action on their children’s behalf based on a new understanding of the problem and its consequences is not working. What do you think? (link via Child and Nature Journal.)

No, this is not the plot to a newly discovered George Orwell novel. According to a recent CNN.com article, a coalition of groups led by the Rio Grande chapter of the Sierra Club is lobbying the New Mexico legislature to pass a bill that would place a 1% sales tax on televisions, video games, and video game equipment. The tax revenue would be used for government sponsored outdoor education programs as a means of deterring children from sitting on the couch and to encourage them to be more athletic. The bill attempts to combat childhood obesity.

Some argue that if cigarettes and alcohol are taxed in order to deter people from engaging in unhealthy, even self-destructive behavior, then why not do the same for television, video games and equipment; it’s only fair, right? Read more...

And just because I’m too lazy to start a new post, for Virginia voters: Please vote TOMORROW. Not sure where? Here’s how to find out. LINK