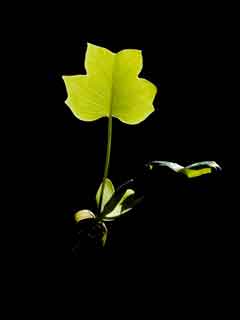 What with the frost (freeze at our house) overnight, many in Floyd County will be venturing out anxiously to inspect their garden sets and sprouted seeds and fruit trees to see if they have survived after such an eerily-early head start that risked just this kind of scenario.

While it has been nice to see the fire wood supply stop disappearing a month ahead of normal, abnormal early warmth overall is not a good thing in the scheme of things. Some trees are blossoming before the bees biological clocks tell them to be active. The cycles of pollen production and pollinator activity have been fine tuned over thousands of years of much more gradual change than what we are experiencing these days.

Temperatures are getting warming in the spring. The progression of longer days and more light is a fixed factor. Some plants respond to warmth. Others bloom when it’s time, according to the length of daylight hours. There are apparently genes at work that vary in different flowering plants.

This year, Skunk Cabbage, usually the first green thing of any size on the forest floor near streams and wetlands has emerged only to find the spicebush and other forest species already casting shadows when in normal years, there’s an open sky overhead and no competition for the light.

The study of emergence and blooming dates is called phenology. It comes from the same root as “phenomenon” and in both cases, it means appearance. This study, aided greatly by thousands of non-scientists contributions of blooming dates in their locations, is a smoking gun when it comes to substantiating the reality of climate shift. Consider joining Project Budburst and share what you see in the woods and fields where you live.

How much earlier are your favorite wildflowers or trees emerging, budding or flowering? It’s about three weeks ahead of schedule in some nearby areas, and maybe two weeks ahead on Goose Creek. We also have colder temps year round that most of the rest of Floyd County. It was 30 this morning when I woke up, and now it’s 27. That’s a freeze. Some tiny green leaves will be tiny black leaves when the sun comes up.

2 thoughts on “To Everything There [Is] Once Was a Season”