They threatened to take over parts of our bit of flat land here in the cleft of the east escarpment that drains Floyd County to the west and north into the Roanoke River.

Ann loathes yuccas for their tenaciousness on “her field” of a half-acre, still referred to as Yucca Flats. I rather admire them for their aesthetics,Â their coevolutionary biology and for their pluck–a dessert denizen determined to live in a much colder, wetter place than their roots, genealogically speaking.

Every creamy white six-petaled blossom houses one or more yucca moths. I’ve told that story here before, and will pass you along for other tellers of the tale:

The Yucca and its MothÂ at Nature.org 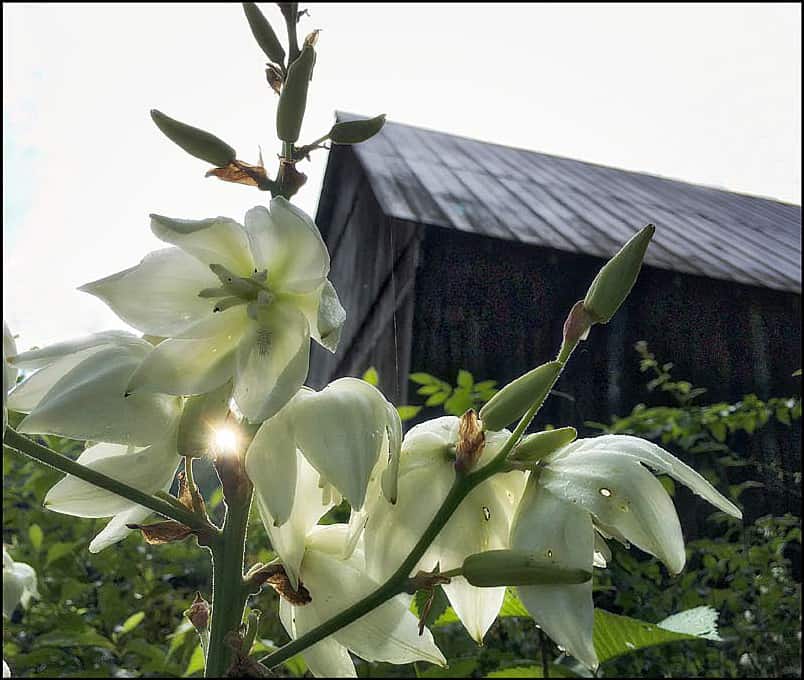 Previous Fragments about Yuccas, and of course, other such stuff:

Beauty and the Beast