↓ Skip to Main Content
Home › Activism › Okay Dumpa! You in Time Out!

Okay Dumpa! You in Time Out! 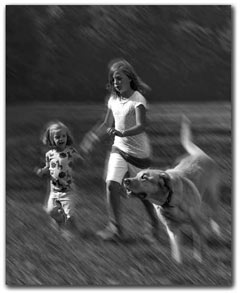 Our visiting 3-yr-old grand daughter is not very tolerant of my slow responses when The Princess has needs not met immediately at her command. More than once, I’ve been sent to a quiet place where I can think over my transgressions, see the light, and change my wicked ways.

Would that such were possible at the larger scale, that the world’s leaders could be frozen in suspended hibernation and kept at a distance from the controls of the planet’s future. They should be made powerless until a majority of them see the light. Given enough push-back, they might come to think beyond the end of their administrations or act past the reach of their armies and choke-hold dominion by multinational corporations over what is best for the land and people whose lands are the raw materials for profit for the few.

Most of the “developed” world leaders have decided for future generations to steal from them to keep today’s voters and shareholders happy. They should be sent to time-out. If only we had the luxury of time.

Case in point, the disastrous decision by Canada to squeeze every last drop out of their dirty tar sands and pipe it to Texas, creating over time, the equivalent of hundreds of coal-fired plants-worth of carbon in the atmosphere. Mr. Obama has failed to take the 7-generations view he promised on the eve of his election. Go to time out!

Others have clearer vision of what’s at stake. Bill McKibben (HuffPo from New Republic) holds up the Brazilian decision to NOT exploit an exploitable resource (rainforest) in the short term so that humanity beyond its boundaries in time and space might benefit. But if the right hand destroys even as the left hand creates, why will others around the world be motivated to do the right thing? Will they instead follow the lead of Canada, and “take every drop” and let the future be damned?

I, for one, have seen the error of my ways. I don’t want to be sent into isolation, quarantined from the high pace of life around here on Goose Creek. So when HerTinySelf tells me “Dumpa, I wanna hoe da weesh” I’m going to give it to her right away without any caveats or warnings of dire consequences, and let Tsuga bobsled her off into the high pasture grass and hope eventually they find their way home.

And for those leaders who think they’re the only ones that can hoe da weesh, they should prepare to hear from tens of thousands of NOs to Tar Sands Keystone XL Pipeline from those who will go to Washington to put them in TIME OUT!