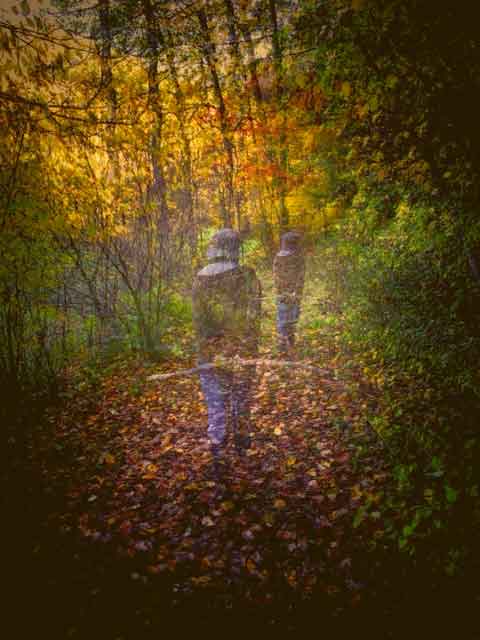 I find myself, once again, staring out the window by my desk, my eyes falling more often than not on the “New Road” that rises out of the pasture just past the barn.

We (and especially SHE) follow that path countless times in a week (and SHE in a single day) as a form of meditation, release and habit born of the pleasure it gives us to live IN and not just on this land.

And as fate would have it, I came across an essay I recorded in 2011. I don’t remember why I would have made a 5 minute essay, since the limit for NPR radio essays at WVTF was no more than three and a half.

The topic is not a surprise, however. The notion of the relationship between our health and the ways we relate (or fail to relate) to nature is a significant part of what I read and think about. And in this one case at least, speak about.

The image shows my first and second wife, walking more or less together, down the New Road, into mystery.