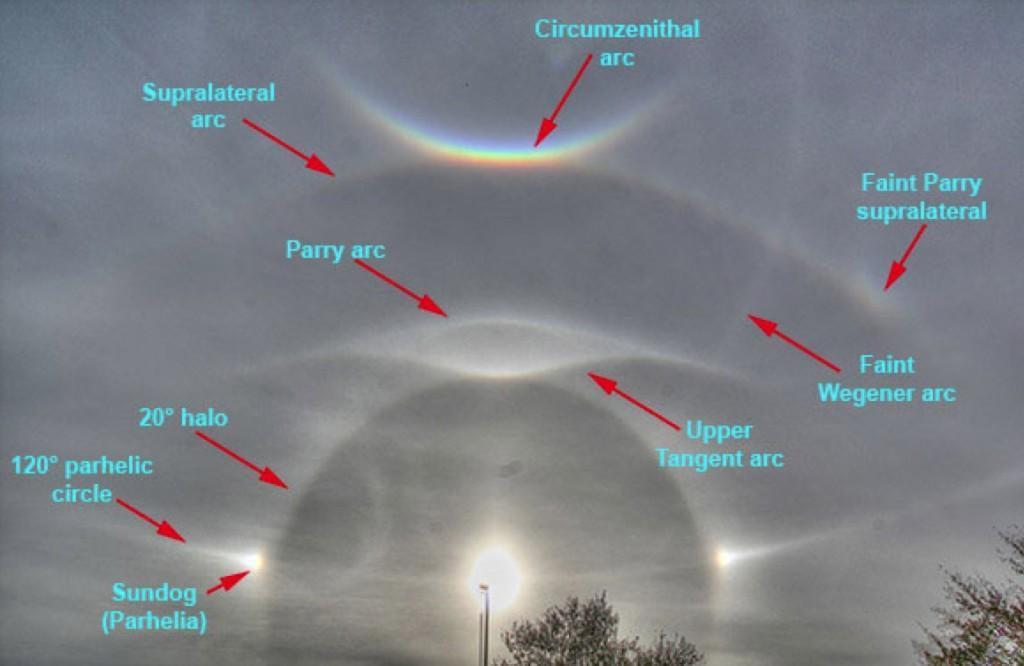 I tried to imagine what the ancients must have made of a perihelion. It is one of the strangest celestial “omens” you might witness in the daytime sky.

I took a picture, but not this one. Mine just shows an upside-down rainbow faintly overhead, and only pieces of this full feature-set of sky lights.

We saw only the circumferential arc, the faint Parry supralateral and very faintly,Â  the upper tangent. The sun was below the local horizon, and at 2pm, the background brightness of the sky diminished the visibility of these odd rainbows.

And yes there is an explanation other than that the Gods are angry. Has to do with size and distribution of ice crystals aloft.

This is not the kind of thing thatÂ meteorologists can predict. It is not a common phenomenon–maybe even a once in a lifetime event. So I was pleased (but not surprised) to ask a friend if he had seen it. He had. But then he is also an astronomy teacher and a cloud freak, and looks up more than most.

So you can easily find all the geeky details about perihelia. But you might live a long life and never see one. And that’s a sure thing you never willÂ  if you stay indoors or go out and never look up, expectantly.