From Treehugger– If China can do it:

“The notice that appeared on the website of China’s State Council yesterday came as a welcome surprise: Starting in June, all shops will be forbidden from offering free plastic bags. Meanwhile, super-thin bags have been banned. Consumers are being asked to “go back to” using cloth bags and baskets. Meanwhile, Tibet’s provincial government announced that it intends to ban all plastic bags period.

By targeting those pesky bags, China joins a growing club that includes Ireland, Uganda, South Africa, Russia, Hong Kong, and San Francisco. With the right enforcement — that’s always the tricky part — and education campaigns, the upshot in China could be huge: China Trade News estimates that the country of 1.3 billion people must refine 5 million tons, or 37 million barrels, of crude oil every year to meet demand for plastic bags, which are used at a rate of 3 billion bags every day.

Three billion. If that estimate is right, that means China uses as many bags in two weeks as the U.S. uses in a year–or that would mean that each Chinese citizen uses twice the amount of bags Americans use every day.

…Australia is also considering a plastic bag ban, for implementation in 2009. But as Planet Ark founder Jon Dee points out, “the fact that China desires to do it in less than six months, I think is a sign that we could do it faster than that.“ 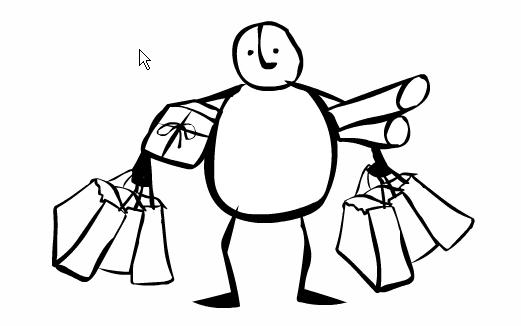 The “FREE” single-use plastic bag issue is, of course, an ecological and cultural issue in the PRODUCTION segment of turning matter into product into trash. If you checked out The Story of Stuff and were interested, consider downloading the script (pdf) from the author with annotations and comments.

I’m trying to turn Annie Leonard’s piece into a 700 word synopsis for the paper, hoping to find the balance point between enough and too much information.

Also check out the sidebar list of NGOs involved in the five stages of stuff, as well as a great “recommended reading” list, all of which I’ve saved using the Firefox add-on, Scrapbook, for future reference.