fred Posted on May 9, 2011 Posted in Environment 3 Comments 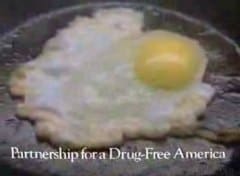 In anticipation of my Seattle—Olympic Peninsula trip, I finally overcame my reluctance to spend money——especially for more clothing——and ordered a Gore-Tex parka.

Deadlines loom for newspaper columns, an obligation that I perversely enjoy because it places some discipline on me to write whether I want to or not, and requires me to research and learn something new before writing.Â  And so it seemed like researching the history of waterproof garments might be interesting as a topic.

By-passing for now the use of waxed and linseed— coated cotton, first for sails and then for rain gear, or the rubberized canvas discovered later by Macintosh (whose name persists on British raincoats till today), it is what I learned about Gore-Tex that has drawn my attention this morning, and towards which I point you as an FYI of some importance.

In 1969, Bob Gore discovered expanded polytetrafluoroethylene (ePTFE) which was introduced to under the trademark, Gore-Tex.[2] PTFE is made using an emulsion polymerization process that utilizes the fluorosurfactant PFOA,[3][4] a persistent environmental contaminant. As Gore-Tex is PTFE-based, PFOA is used in its production.[5]

PFOA is some bad shtuff.

PFOA — a key processing agent in making nonstick and stain-resistant materials — has been linked to cancer and birth defects in animals and is in the blood of 95 percent of Americans, including pregnant women. It has also been found in the blood of marine organisms and Arctic polar bears.

Read “Teflon Forever“about poor Wardie, the parakeet, a great introduction to a well done exposÃ© of Teflon, Scotchguard, and Gore-Tex——all of which use this ubiquitous chemical.

If you have pets or children, breathe,Â  have carpet or wear clothes, you should read more on this topic.

3 Comments on “Pulling the thread:”