You don’t miss the water…

Through the open windows at night, we can’t hear the creek–what little is left of it–for only the second time in ten years. And when it happened the first time back in 2002, the oldest folk in the area had never seen Goose Creek dry before. There are still some pools where all the minnows rush around in a panic, trying to find shade, food, a place to hide. So I’ve been thinking about water. So ordinary. So essential.Â  Scarce in the best of times, really, though we act as if there will always be enough.

97.4 % of the world’s water is ocean water. 2 % is accounted for by ice caps and glaciers, and about 0.6 % is ground water, which constitutes the entire fresh water reserves on earth. Everything else is pocket change. Lake water represents only 7 millionths of the world’s water; clouds only 1 millionth, and river water 10% of a millionth. Source

Then some water-in-a-bottle facts. This is hard to swallow:–

In Hollywood it seemed as if people flaunted their bottled water like it was part of their presentation. Whether the bottles had a cool shape or came from an exotic island, none truly made that defining statement. Bling H2O was fashioned to make that defining statement. The mission was to offer a product with an exquisite face to match exquisite taste. The product is strategically positioned to target the expanding super-luxury consumer market. Initially introduced to hand-selected athletes and actors, Bling H2O is now excitedly expanding it’s availability. Bling H2O has been featured at many recent celebrity events including the MTV Video Music Awards and television’s biggest event, The Emmys.

Bling H2O is pop-culture in a bottle. But it’s not for everyone, just those that Bling. 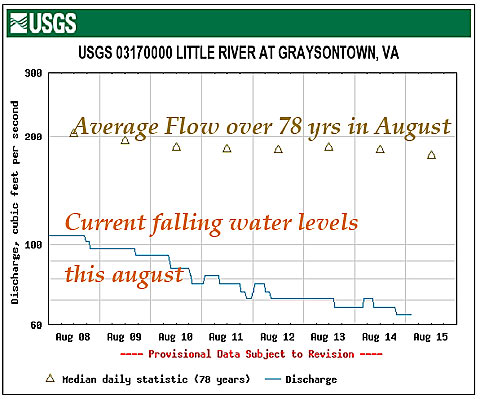 4 thoughts on “Water Wonders and Worries”