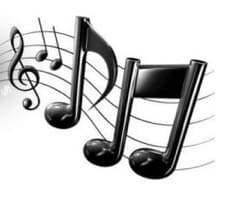 No doubt, when it comes to an insider collective identity and an outsider cultural “brand” for Floyd, it is the music within the county and town boundaries that are at the top of the list of “what Floyd’s about.”

When most people think of “music in Floyd” they have tended to call up either the Friday night Jamboree or other music at the Floyd Country Store (or DogTown, or Hotel Floyd Amphitheater, or other around-town venues) OR (especially for those from “off mountain”) they think of the world-music phenomenon of FloydFest.

Expanding our musical identity got a start a few years ago, but hopes to broaden Floyd’s musical reach faded when the not-from-around-here organizers left at the end of the first season. You can read the details as Doug Thompson told the story.

But the very good news is this: classical music, as well as pop and other permutations, will be heard widely in Floyd County this summer at theÂ Virginia’s Blue Ridge Music Festival that runs May 31 to June 9, 2013.

The program schedule will be posted soon. The web site, Facebook page, Twitter stream and other resources are in early preparation. And since I’m now involved with the marketing and promotion of this worthwhile effort, I’ll also be blogging about music in general, classical in particular, and the festival’s characters and back story here on Fragments from Floyd.

Meanwhile, LIKE and FRIEND and HUG and POKE and all those social-networky things you will do for this endeavor, please and thank you. It’s gonna take a village, Â folks.

And to begin our multi-media Floyd-based celebration of the summer festivities, go here:Â (Pink) Floyd: The Wall. Classical style. Crank it up, enjoy, and expect no less creative entertainment this summer- in Floyd!