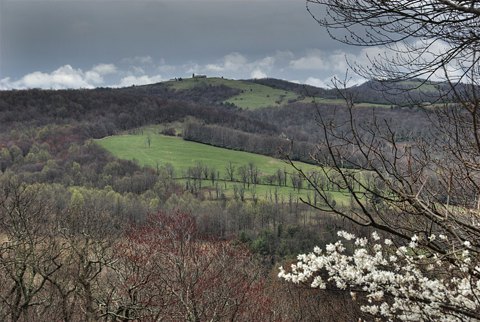 In 1974, a group of writers and activists gathered in the circular meeting space at Highlander Center near Knoxville to form what became the Southern Appalachian Writers Cooperative. Founding members of SAWC include Gurney Norman, Peggy Dotson Hall, Jim Webb and Ron Short.

During the 1970s, SAWC sponsored readings and published New Ground, an anthology of contemporary Appalachian literature. In the 1980s, Norman, along with poets George Ella Lyon and Bob Henry Baber facilitated the Appalachian Poetry Project, breathing new life into SAWC as poets and writers from throughout the Appalachian region gathered in their own and one another’s communities, and celebrated together at Highlander Center.

SAWC has met (almost) annually since this time. Through its annual October writers’ gathering, a SAWC Summer gathering at Wiley’s Last Resort on top of Pine Mountain in Whitesburg, KY, local readings and the literary magazine, Pine Mountain Sand and Gravel, SAWC continues its original mission to foster community among and encourage publication of Appalachia’s writers.

SAWC members from Georgia, Ohio, Tennessee, West Virginia and Virginia will gather at Radford University the evening of Thursday April 24 at the Flossie Martin Art Gallery, Radford University to celebrate the posthumous publication of All There is To Keep, a book of poetry by the late Rita Riddle of the RU English Department and a long time and much loved SAWC member. Then, while in the area at the invitation of SAWC member Fred First, on Friday April 25, members of SAWC will meet and swap short readings with the Floyd Writers Circle at the Country Store from 3:30 to 5:00.

The time of good words and good fun at the Country Store is free and open to the public, and all are invited to attend and to welcome these writer-guests to Floyd.

The image is from yesterday, a day much less ominous for us than areas north and south that saw strong spring storms. Wish we’d gotten more rain!